The Communist Manifesto / The April Theses 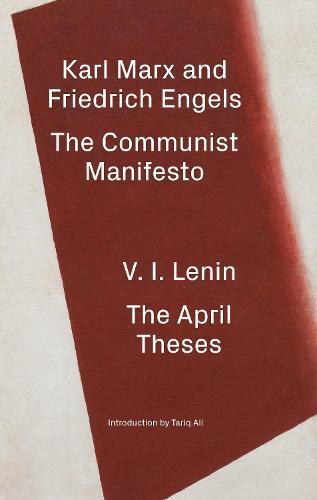 The Communist Manifesto / The April Theses

A spectre is haunting Europe… The Communist Manifesto is the most influential political book ever written - few others have fundamentally changed the world. After the Russian Revolution it became the key text for radicals the world over. Now, in the wake of a punishing financial crisis and on the centenary of the Revolution that it helped to spark, the book remains both an essential guide to the transformations wrought by capitalism and presents the solution to its inequalities and exploitation. There have been many editions of the Manifesto before, but this is a beautifully presented hardback edition and with one key addition - as this book was instrumental in the Russian Revolution it has been coupled with Lenin’s April Theses as an attractive ‘flip’ book (i.e. turn the book upside down and you have another). Lenin presented his ten directives after his return from exile in 1917, and they are the key program for the revolution that was carried out that year. This landmark edition includes a new introduction by Tariq Ali, showing how the Russian Revolution changed the world and the horizon of political change, and why its ambition is still relevant today.