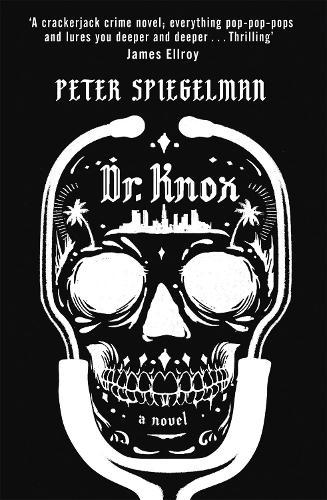 Dr Adam Knox returns from serving with an NGO in the Central African Republic in disgrace. His attempt to protect patients from a brutal militia ended in disaster. He’s a little rougher, a little wiser, and a lot more cynical.
His new clinic tends to the vagrant, vulnerable and victimized of LA’s streets. It earns from the villains willing to pay for discretion.
His cynicism remains, until the night a beaten Romanian woman abandons her son on his operating table. She seems to be on the run. And in trying to return the boy to her, Knox can’t help but try to figure out from whom she’s running. He’s going to wish he hadn’t.
Helping other people won’t help him much when his struggle to rescue the woman and her boy leads Knox into a tangle of human traffickers, Russian mobsters and directly into the cruel business of LA’s most powerful family.

Adam Knox is a man of contradictions. Altruistic by day, he runs a clinic for the poor, the drug addicted, the prostitutes and homeless of downtown Los Angeles. Mercenary by night, Knox makes home visits to criminals and those famous enough not to want to visit the emergency room, patching them up on a cash-only basis with the guarantee of silence. Thus Knox funds his clinic, which in part seems to be an attempt to make amends for mistakes he made as a medic for an NGO in Africa, all of which ended in disaster.

So here we have it: the flawed doctor with a heart of gold. One night a woman turns up at his clinic, a prostitute it seems, beaten and exhausted, with a boy in anaphylactic shock. Knox deals with the boy, only to find the woman has bolted out the back door. Our kind-hearted doctor is drawn headfirst into the mystery, which threatens not only himself and his staff, but his best buddy Ben Sutter, an ex-Special Forces agent who despairs at and protects the good doctor.

Cue Russian gangsters, an evil, rich industrialist, and some fast dialogue and brutal violence as Knox and Sutter take up the cause of the kid who has been dumped on them. Los Angeles looms large in this novel, with its petrochemical sunsets and iconic boulevards hosting the action in what can only be described as neo-noir. Plot complications build rapidly against the backdrop of a city that wears extreme inequality like a badge of honour, as Knox and Sutter face corporate and criminal entities that send ever more brutal and sadistic messages that they want – for reasons unknown – the mysterious boy back.

There is a lot going on here, but Spiegelman keeps the complicated plot flowing with snappy wise-cracking dialogue and bursts of tension and violence. I loved Knox, Sutter, and the heat of Los Angeles’ underbelly. The best part is that things seem set up for a sequel.