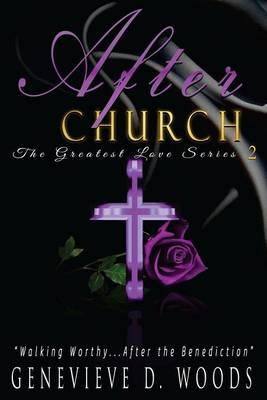 After a beautiful wedding, followed by a powerful Word from God, Frankie and Karen’s lives should have been happily ever after. But, as soon as the service ends, chaos begins. Each character from the Greatest Love Series is thrust into a whirlwind of drama filled with abuse, betrayal, secrets, and scandals. Experience dark times, inspirational times, and romantic times with Benjamin, Camille, Kevin and Paige as they all return in After Church. You’ll be introduced to newcomers, some of them are there to increase their faith and others come to test it. However, they have received the Word and it’s now after the benediction. Will their actions reflect that the word fell on good ground or will the trials of life cause them to fall by the wayside? Who will be able to stand and walk worthy?