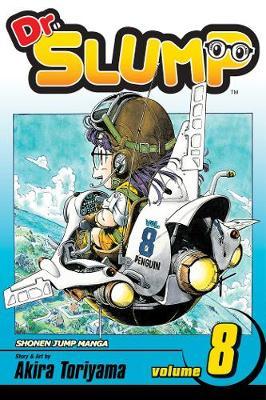 Robot girl hijinks from the creator of Dragon Ball! When goofy inventor Senbei Norimaki creates a precocious robot named Arale, his masterpiece turns out to be more than he bargained for! In the epic Penguin Village Wars, Arale and friends must battle the forces of evil: two alien buttheads and a megalomaniac armed with robotic poop. Elsewhere, Senbei’s helper robot force-feeds him ramen, a carjacker refuses to ride with bad drivers, and a miniature house controls destinies in the real world.