So Frenchy So Chic - The Best Of French Sounds 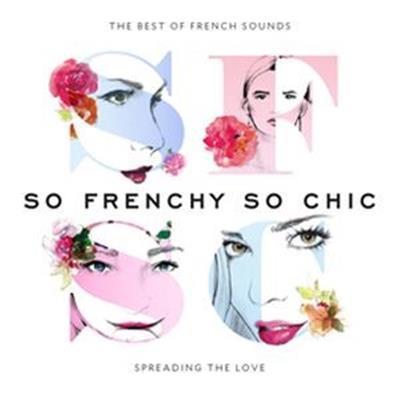 So Frenchy So Chic - The Best Of French Sounds

Celebrating 10 years of So Frenchy So Chic!
What started out as a compilation album project in 2005, has now developed into a full blown celebration of French music, food, wine and culture.
Since that first compilation project, So Frenchy So Chic has grown organically with the help of great reviews and strong Triple J airplay for artists Camille and Emilie Simon.
The first concert was a double bill featuring Nouvelle Vague and Emilie Simon at the Art Centre in Melbourne and The Metro in Sydney in 2007. Four years went by with more double bills (Moriarty, Cocoon, Berry, Nouvelle Vague, $olal, Rachid Taha, Nadeah etc)
In 2009 the idea of a festival emerged. As So Frenchy So Chic creator Jean Francois Ponthieux says: “I wanted to do an outdoor event for a long time but didn’t find the right venue until 2010 when I went for a drive with my wife to Werribee Park. I had a revelation. What a stunning place. It ticks all the boxes. It feels European, it’s in the country not far from Melbourne and it’s beautiful. In 2012 I discovered St. John’s College and the rest is history.”
$29.95Add to basket ›