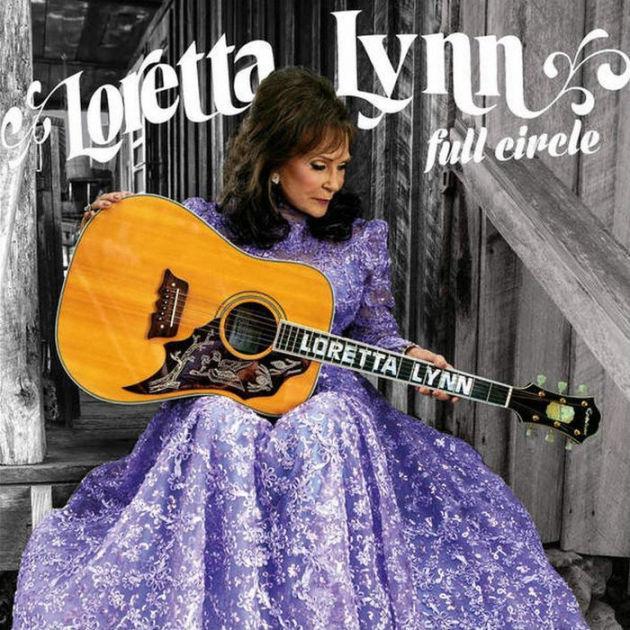 Produced by Patsy Lynn Russell and John Carter Cash, and recorded at the Cash Cabin Studio in Hendersonville, Tennessee, Full Circle takes listeners on a journey through Loretta’s musical story, from the Appalachian folk songs and gospel music she learned as a child, to new interpretations of her classic hits and country standards, to songs newly-written for the project.

Drawing inspiration from personal memories and deep connections to American music, Lynn’s 13 new recordings capture the essence of these songs in intimate new performances. The album is volume one of the Cash Cabin Recordings, a series of new album projects imagined and created at the storied Cash Cabin Studio.
Highlights from Full Circle include “Lay Me Down,” a duet with Willie Nelson; “Everything It Takes,” featuring guest vocals from Elvis Costello; “Whispering Sea,” a new version of the first song Loretta ever wrote; and soulful new renditions of some of Lynn’s classic tunes, including a rousing renditions of “Everybody Wants to Go to Heaven” and “Fist City.” The album also includes traditional Appalachian songs from Loretta’s childhood such as “Black Jack David” and “I Never Will Marry.” At 83 years old, Lynn’s voice sounds as powerful as ever, and this new material only adds to her legend as a performer.
Track listing:
$9.95Add to basket ›