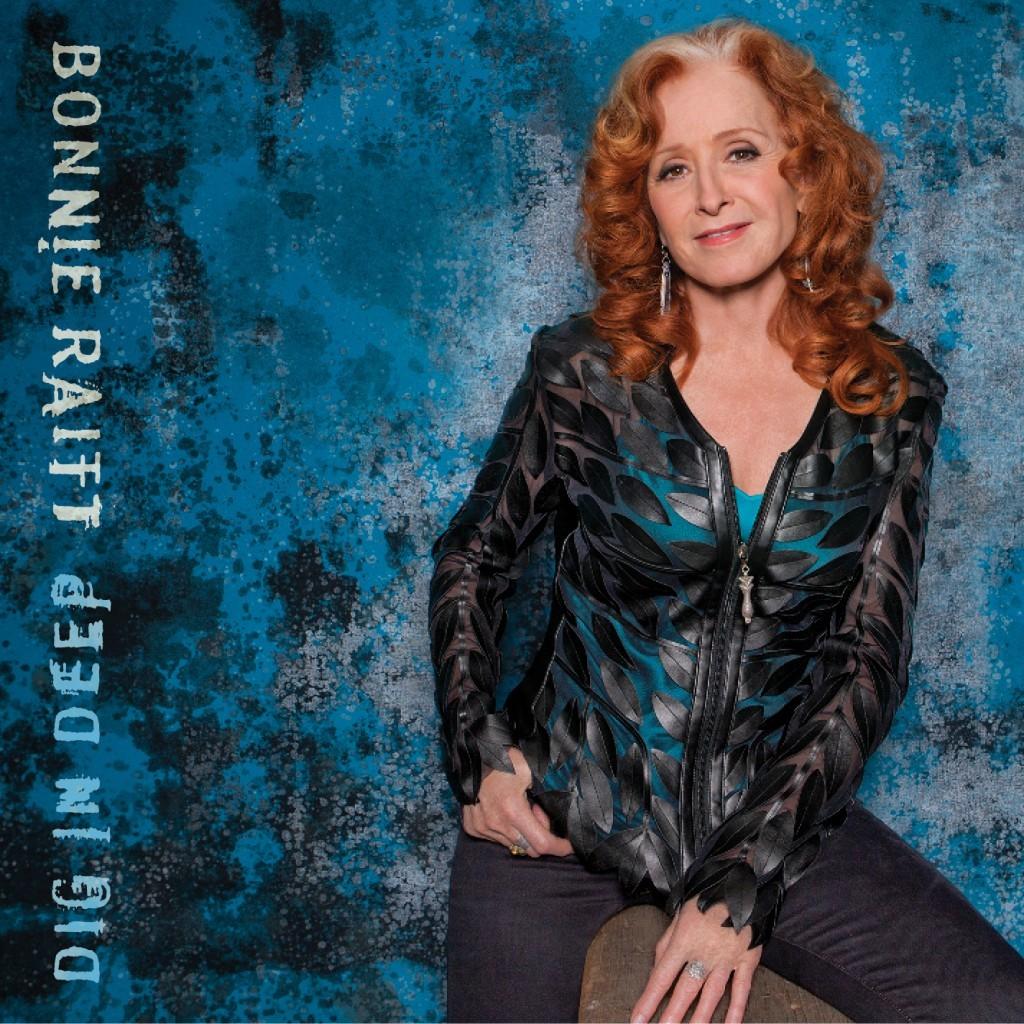 Rock and Roll Hall of Famer Bonnie Raitt release Dig In Deep, her twentieth album, on Redwing Records, her own, independent label.

The record follows Bonnie’s hugely successful 2012 release Slipstream, which was one of the best-selling independent albums of 2012 and earned Bonnie a Grammy for Best Americana Album - her tenth career Grammy win.
Now, with Dig In Deep, Raitt returns with her characteristic, incomparable blend of blues, rock, R&B, and pop, and a healthy dose of the signature slide work from the woman Rolling Stone named one of the “100 Greatest Guitarists of All Time.”
“I’m feeling pretty charged, and the band and I are at the top of our game,” says Bonnie Raitt. “I think all these years together pay off, and the best part is that we know how lucky we are to still get to make our livings doing something we love this much.”
Track listing:

What Bonnie Raitt has created on her 20th studio album is a mastering of all of her talents as musician, singer, songwriter, producer, band leader and interpreter of great songs. Her choice of songs – five written by Raitt herself – fall into a blues, R&B, and rock pocket, with a hint of New Orleans thrown in for good measure. As a bottleneck-blues-slide guitarist with no peer and a singer with a voice recognisable though slightly worn (that’s not a bad thing), she has taken all of her 45 years as an artist, dug in deep and produced one of the finest albums of her varied career.

Lauded as the critics’ darling and loved by musicians and hardcore fans alike, she spent her first 9 albums building a body of work that was worthy of any career, but it wasn’t until her 10th album in 1989, Nick Of Time, that she was finally recognised commercially for her melting pot of smooth-blues-inspired soul. Luck of the Draw followed in 1991 and continued the momentum. Well, there have been another 10 albums and it seems as if, just when everyone had forgotten that she has been producing wonderful albums, she comes through again with an album set to resonate as widely as Nick of Time did.

I must confess that when I heard the second track, her interpretation of INXS’s ‘Need You Tonight’, I was confused. It is a unique interpretation of a much-loved song, but I didn’t understand why she had chosen to do it. Then, BANG! Tracks 3, 4, and 5 had me grooving to classic Raitt. Great songs! By the end of the album I had to press play again. Surrounded by her touring band of many years, she grooves in the original space she carved for herself, inimitable and comfortable. And by the third listen, ‘Need You Tonight’ starts to sound like a Raitt classic. Dig In Deep puts Raitt at the top of the tree again, exactly where she deserves to be. Fans would say she never left.