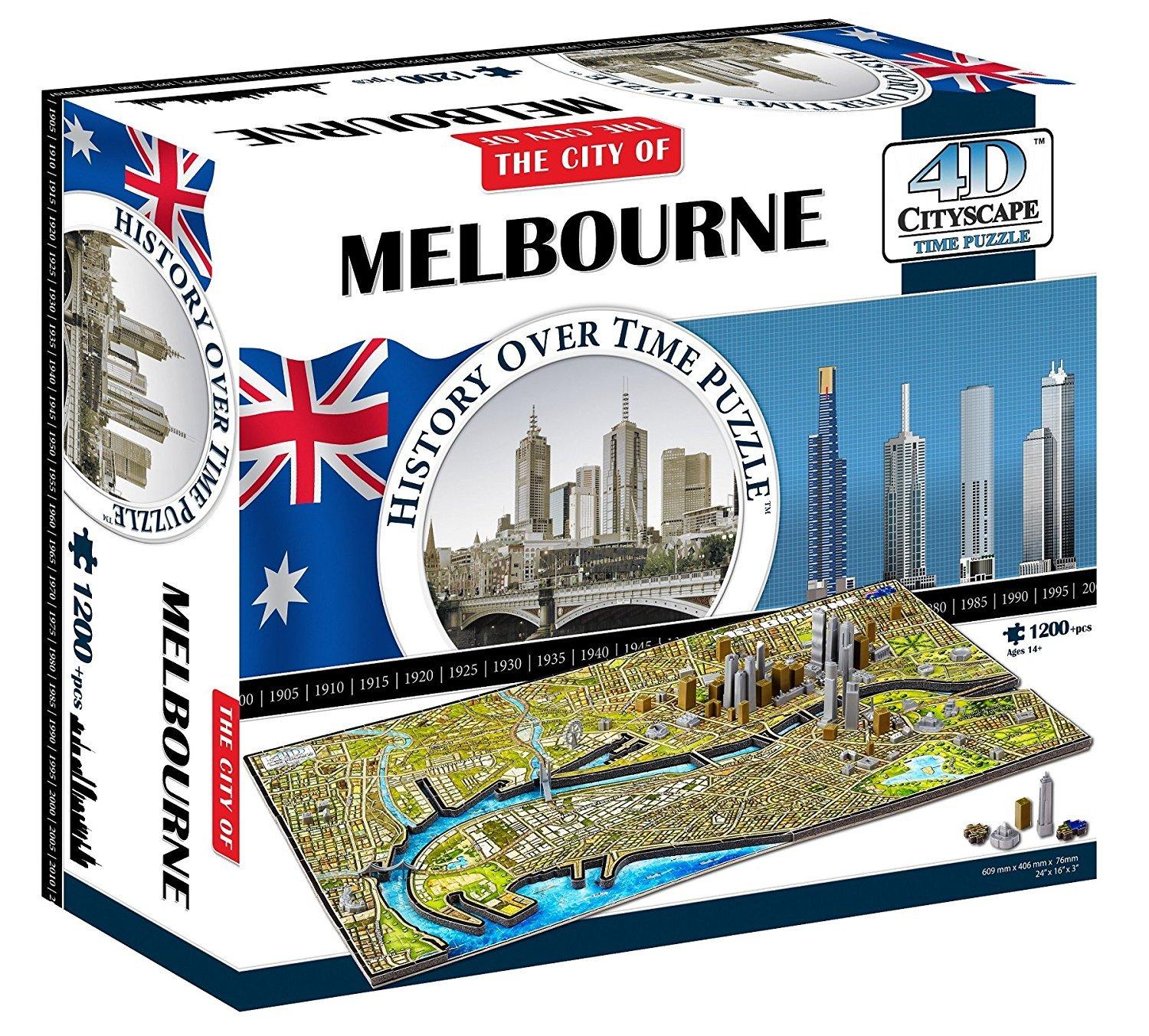 4D Cityscape is a patented, multi-layer puzzle that is fun, challenging, and educational. Assemble the first two layers of the puzzle to form a map of the city’s streets, islands, roads, railways, parks, and geography. When the base layers are complete, you’re ready for a trip through history!

This award-winning puzzle recreates Melbourne’s famous skyline, not only in three dimensions using scale-model buildings, but also along the fourth dimension of time, spanning over 300 years of architectural history.

END_OF_DOCUMENT_TOKEN_TO_BE_REPLACED

Puzzle Mat: For Puzzles up to 2000 Pieces