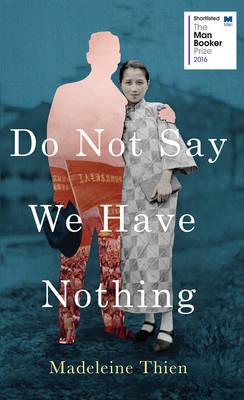 Winner of the Scotiabank Giller Prize 2016
In Canada in 1991, ten-year-old Marie and her mother invite a guest into their home: a young woman who has fled China in the aftermath of the Tiananmen Square protests. Her name is Ai-Ming.
As her relationship with Marie deepens, Ai-Ming tells the story of her family in revolutionary China, from the crowded teahouses in the first days of Chairman Mao’s ascent, to the Shanghai Conservatory in the 1960s and the events leading to the Beijing demonstrations of 1989. It is a history of revolutionary idealism, music, and silence, in which three musicians, the shy and brilliant composer Sparrow, the violin prodigy Zhuli, and the enigmatic pianist Kai struggle during China’s relentless Cultural Revolution to remain loyal to one another and to the music they have devoted their lives to. Forced to re-imagine their artistic and private selves, their fates reverberate through the years, with deep and lasting consequences for Ai-Ming - and for Marie.
Written with exquisite intimacy, wit and moral complexity, Do Not Say We Have Nothing magnificently brings to life one of the most significant political regimes of the 20th century and its traumatic legacy, which still resonates for a new generation. It is a gripping evocation of the persuasive power of revolution and its effects on personal and national identity, and an unforgettable meditation on China today.
$27.99Add to basket ›

END_OF_DOCUMENT_TOKEN_TO_BE_REPLACED

In Canada in 1991, ten-year-old Marie and her mother invite a guest into their home: a young woman who has fled China in the aftermath of the Tiananmen Square protests. Her name is Ai-Ming.

The Christmas season offers little cheer for Eileen Dunlop, a young woman trapped between her role as her alcoholic father's carer and her day job as a secretary at the boys' prison. When the beautiful Rebecca Saint John arrives...

A brutal triple murder in a remote northwestern crofting community in 1869 leads to the arrest of a young man by the name of Roderick Macrae. There's no question that Macrae landed the savage blows, but what drove him to commit...