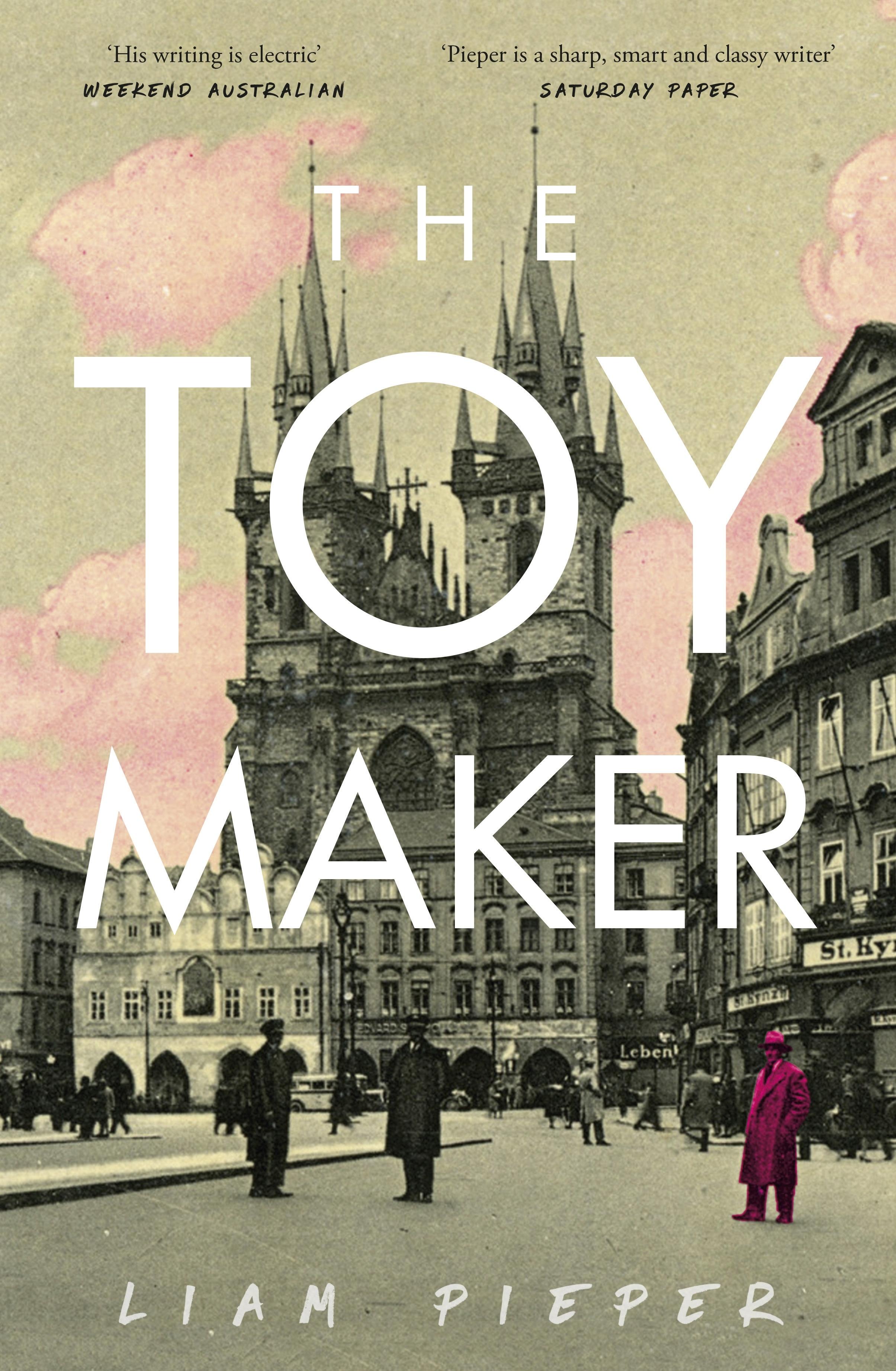 Adam Kulakov likes his life. He’s on the right side of middle age; the toy company he owns brightens the lives of millions of children around the world; and he has more money than he can ever spend, a wife and child he adores, and as many mistresses as he can reasonably hide from them.
And he is not the only one with secrets. In 1944, Adam’s grandfather, Arkady, was imprisoned in Auschwitz and given an impossible choice. Now, as he reaches the end of his life, he has to keep the truth from his family, and hold back the crushing memories of his time with one of history’s greatest monsters.
As a mistake threatens to bring Adam’s world tumbling down around him, the past reaches for Arkady. Everything he’s spent a lifetime building will be threatened, as will everything Adam and his family think they know of the world.
Bold, dark and compelling, The Toymaker is a novel about privilege, fear and the great harm we can do when we are afraid of losing what we hold dear.

From the opening pages of Liam Pieper’s The Toymaker, the reader is left with no doubt as to what kind of man Adam Kulakov is. The head of a successful toymaking company inherited from his Holocaust-surviving grandfather Arkady, Adam is obsessed with his grandfather’s legacy, despite owing most of the company’s success to the work of his long-suffering wife Tess. When Adam’s recklessness and hubris land him in a web of blackmail, his attempts to find a way out ultimately threaten his family’s livelihood and legacy.

Meanwhile, Adam’s narrative is interspersed with flashbacks to Arkady’s imprisonment in Auschwitz where, forced to assist a Nazi doctor in his ghoulish experiments on children, he secretly makes them toys to ease their suffering as best he can. As present-day Arkady’s health fades, these flashbacks show the extent of the younger man’s suffering and quest to survive.

Tackling the Holocaust in a first novel is no mean feat, but Pieper’s writing is assured, capable and dramatic without being showy. Adam is a fascinating protagonist – a truly despicable character who truly believes himself to be a good man. Indeed, Pieper’s novel is woven through with the question of what it is to be a good man, subtly challenging traditional ideas of masculinity. The juxtaposition between Adam and Tess’s present-day storyline and Arkady’s experience in Auschwitz initially comes across as a device to indict Adam, his recklessness and arrogance starkly contrasted with that of his grandfather – and it does that well – but as the novel draws to a close and Pieper reveals his narrative hand, a shocking twist gives The Toymaker an entirely new dimension, one that asks the reader to think long and hard about the price of secrets, and what morality really means. Read it once, then read it again.

END_OF_DOCUMENT_TOKEN_TO_BE_REPLACED

While the Moon Burns: The Frontier Series 11