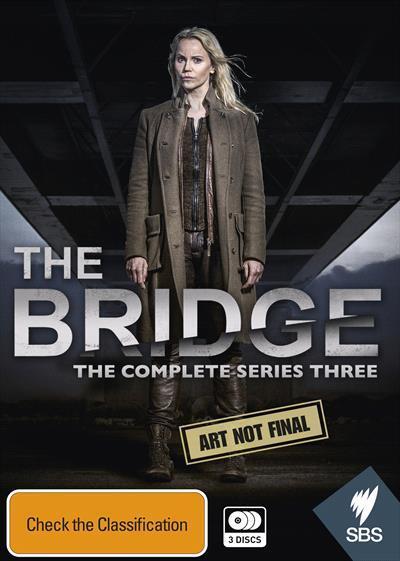 13 months later… Saga Norn is still working at Malm County Police, but she misses her only friend Martin Rohde who is serving a ten year prison sentence. Saga, however, is convinced that she did the only right thing by reporting him, and that she cannot be associated with a convicted murderer.
The story starts when a famous Danish gender activist and owner of Copenhagen’s first gender-neutral children’s nursery is found murdered on a building site in Malm. Saga is forced to work with a new Danish colleague, who has difficulties in accepting Saga for who she is. They quickly come to the conclusion that the murderer has been very particular about the aesthetics and wanted them to find the body.
This marks the beginning of a line of spectacular murders that eventually become personal for Saga and her career looks to be at risk and the question is raised, can she actually continue working on this case? Saga’s past catches up with her when her mother unexpectedly arrives, creating unforeseen consequences for Saga.
The question of personal responsibility is raised as traditional and modern family values are pulled into focus in series 3 of “The Bridge”.

As with the last two seasons of this exemplary Swedish/Danish co-production, this third season of The Bridge opens with a puzzle in the form of a murder. This time, Helle Anker, the founder of the first gender-neutral kindergarten in Copenhagen, has been found murdered in a nightmare scene of domesticity. She is sitting at a table in a deserted Swedish building. Mannequins have been placed at the table across from her representing her husband and children. All have grotesque clown-like make-up smeared across their faces including Helle, and her heart is missing.

This killing turns out to be only the first in a chain of grisly murders, all involving recreations of artworks owned by multi-millionaire Freddie Holst. To solve this puzzle, new Danish counterpart, detective Henrik Sabroe, joins our main protagonist, Malmö homicide detective Saga Norén.

When Saga’s boss and father figure, Hans, is drawn directly into the circle of the killer and then her estranged mother, whom she has not seen in twenty years, visits her, it brings up old familial demons that she has ignored by burying herself deep in her work.

This third season of The Bridge is its strongest yet. The crime thread twists and weaves, entwining a number of possible suspects. Saga Norén is one of the best creations not just in detective fiction but also in any genre. The first two seasons delved into the life of Saga’s previous Danish counterpart, while only hinting at her own background. Season 3 deals directly with Saga, who must deal with the traumas of childhood memories and new dangers presented by her newly materialised mother.

Sofia Helin’s depiction of the strong-willed detective with her Asperger’s-like personality, whose unflinchingly honest and focused personality is at odds with her inability to read social cues and the complexity of human emotion, is masterful.