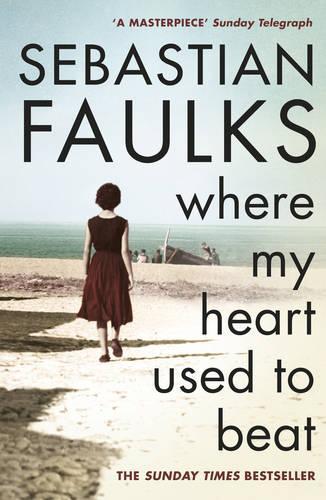 A haunting tale of war, love and loss from the author of Birdsong and A Week in December.
On a small island off the south coast of France, Robert Hendricks - an English doctor who has seen the best and the worst the twentieth century had to offer - is forced to confront the events that made up his life. His host is Alexander Pereira, a man who seems to know more about his guest than Hendricks himself does. The search for the past takes us through the war in Italy in 1944, a passionate love that seems to hold out hope, the great days of idealistic work in the 1960s and finally - unforgettably - back into the trenches of the Western Front.
This moving novel casts a long, baleful light over the century we have left behind but may never fully understand. Daring, ambitious and in the end profoundly moving, this is Faulks' most remarkable book yet.

Like Alice down the rabbit hole (if Alice was a 60-year-old man, and the rabbit hole was somehow New York and London and a remote island off the coast of France), the new Sebastian Faulks novel gets curiouser and curiouser the further we get in to it.

We open on Dr Robert Hendricks waiting in a panic at Kennedy airport to board a plane back to London. ‘I had done a bad thing and wanted to leave the city,’ he writes. But when he elaborates, it appears that the worst he’s done is hire a hooker, and sit down with her afterwards for a cup of tea. Things gets curiouser when he arrives back in London to a message on his answering machine from a stranger, yelling, ‘We know what you did to that poor woman. No wonder you ran out of New York.’ And curiouser still is the letter he has received from the mysterious Dr Pereira, inviting Hendricks to his island off the coast of France, to talk about the war and discuss what happened to his father. It’s only during his night-time talks with Dr Pereira that we – and Hendricks – find out what really happened in those years of trench warfare.

Revisiting the theme of war, Faulks’s new novel explores the emotional shut-down of soldiers after they come home from war. How do they reconcile the events they witnessed? The things they did? How does a person look back on moments that are so traumatic they lie ‘outside the healthy range of human experience’? The skill in the writing is apparent everywhere in this book. The creeping sense of unease that pervades the pages; the misgivings the reader feels about Hendricks, about Dr Pereira, about Celine; the futility of war, the strangeness of it, even the normalness of it. Faulks’s fans will happily tumble along after the white rabbit in this novel that explores the wounds of war that we might not be able to see, but are evident in how lives are lived.