Take Me To Paris, Johnny 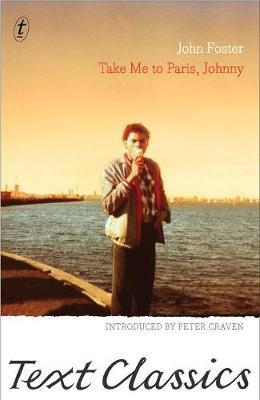 Take Me To Paris, Johnny

Take Me to Paris, Johnny is John Foster’s moving yet unsentimental account of the life of his partner, Juan Céspedes. It traces Juan’s youth in Cuba and his move to New York, where he struggles to make it as a dancer. There, in 1981-in ‘a chance encounter, much like any other’-he meets John, an Australian historian.
What begins as just a fling becomes a dazzling six-year affair. The two travel between New York, Berlin and Melbourne, struggling with bureaucracy in their quest to gain Juan residency in Australia, then with the disease taking the lives of gay men around the globe. To the end, Juan-‘an exotic bird, the only one of his kind’ in Melbourne-is captivating, witty, headstrong.
First published in 1993, not long before John Foster’s death, Take Me to Paris, Johnny is brilliant and unflinching, at once controlled and impassioned: a love story told with humour and unerring skill. This edition includes an introduction by Peter Craven and an expanded biographical portrait of the author by John Rickard.
$12.95Add to basket ›