One Bullet At A Time 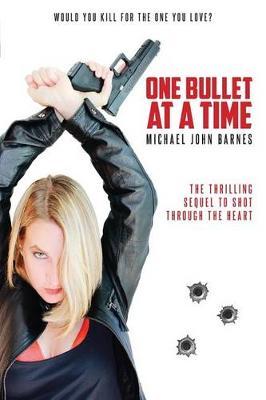 One Bullet At A Time

TRINITY BLUE IS AN ASSASSIN HUNTED BY HER OWN KIND.SHE WANTS TO LIVE A NORMAL LIFE.BUT SOMEBODY HAS TO DIE FIRST. Following a string of failed missions, Trinity-beautiful, deadly-has spent three years running from hit-men hell-bent on collecting the $10 million bounty on her head. The Russian-a vile, ruthless butcher-wants her dead.Forced to raid her dwindling caches of forged passports, money and weapons, hidden in cities all over the world, she turns to a former colleagueand a past lover-now a mercenary-for help.Leaving carnage in their wake, they fight drug-fuelled killers and members of Soviet-era mafia until the streets of Buenos Aires run red with blood, the white Arabian sands of Abu Dhabi ignite, and the dark, mysterious Bulgarian capital-Sofia-is reduced to a bloody battleground.ONE BULLET AT A TIME, the thrilling sequel to SHOT THROUGH THE HEART, is inspired by my emotions, my friends, my travels, my job, my mistakes, my successes and my imagination.Michael John BarnesVisit the book’s website for more details about the author, photograph’s and information on the story at www.michaeljohnbarnes.com.au or at Michael John Barnes Author Facebook page.