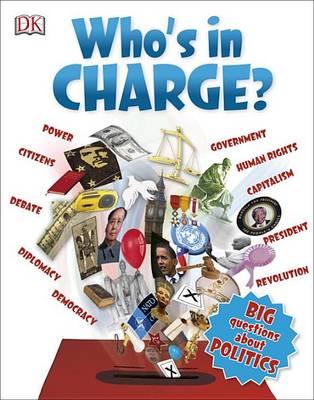 From prime ministers and presidents to kings and queens, governments around the world are diverse and intricate. Who’s in Charge? investigates the world’s political systems and presents them to kids in a fun, appealing way. From the Sumerian Empire to modern governments, Who’s in Charge? is packed with information on evolving notions of citizenship, rights, power, and elections, along with eye-opening trivia facts. Kids can discover the difference between democracy, monarchy, and anarchy, and learn how politics can become global when countries band together and form coalitions such as the United Nations and the North Atlantic Treaty Organization (NATO). With inside stories on all the big ideas and powerful people in politics, Who’s in Charge? explores how laws are made, what happens behind the scenes in government, and how kids can get involved.