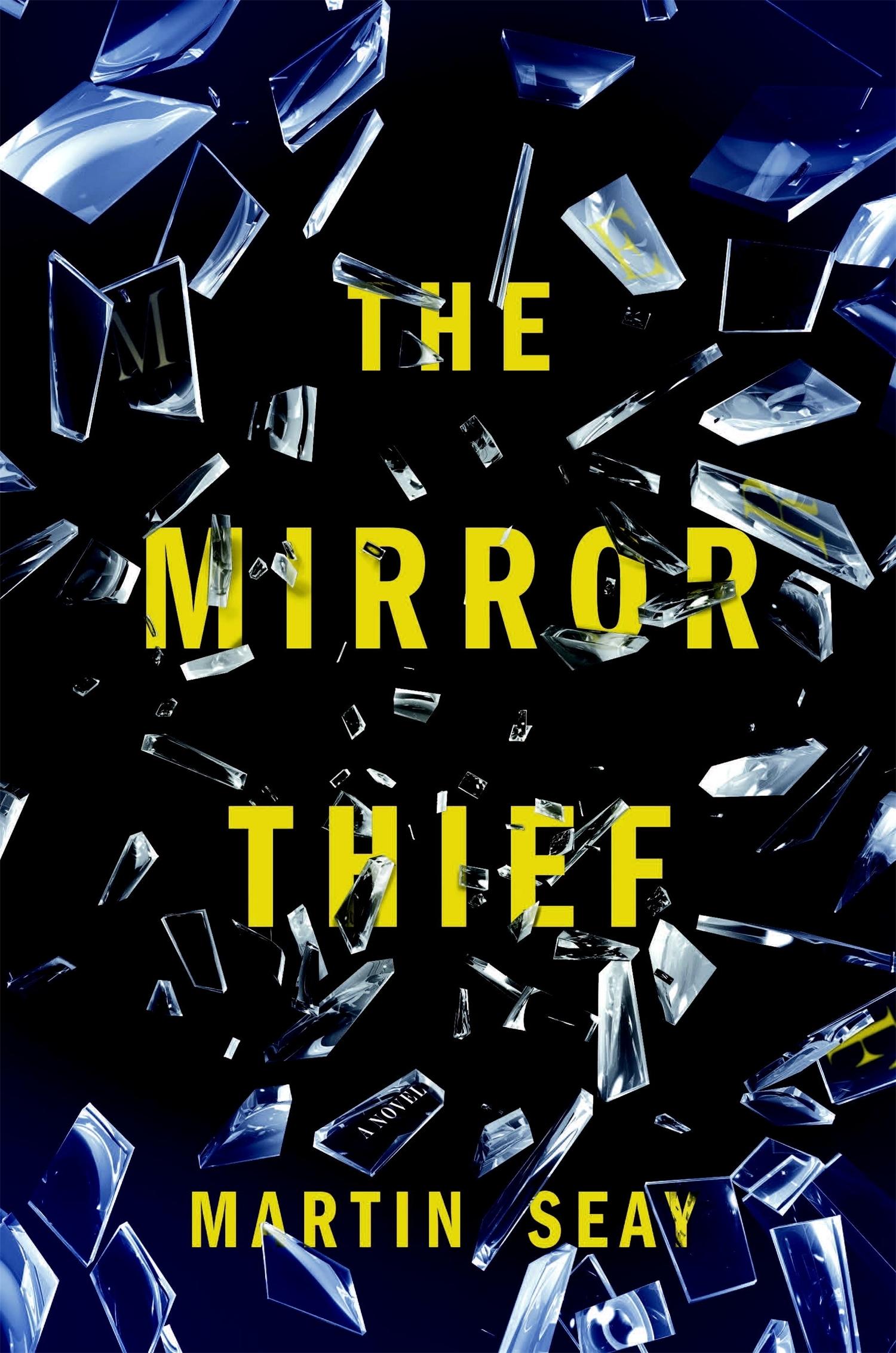 One of the most audacious and confident debuts in years, The Mirror Thief is a masterful puzzle: a genre-hopping novel that combines a layered, rewarding mystery with serious literary ambition.
Set in three cities in three eras, The Mirror Thief calls to mind David Mitchell and Umberto Eco in its serendipitous mix of entertainment and literary merit.

When I was at the American Booksellers Association Winter Institute in January this year, it seemed like pretty much everyone was talking about The Mirror Thief. First, I heard the impassioned pitch from the publisher likening Seay’s writing to that of Pynchon, Eco, and Mitchell. Then, with curiosity appropriately piqued, I went looking for a proof copy in the galley room. I found it even though the proof had no title or author name on its cover; instead, every inch of available cover space was plastered in glowing endorsements from booksellers around the US who had already read advance copies. A fellow bookseller said, over my shoulder as I reached for one from the stack, ‘That book is so amazing’. It’s rather hard to ignore such enthusiasm; you really can’t make it up! So, while this debut novel hasn’t had any press in Australia, we’ve got our hands on some copies so that we can share in the energy that surrounds it.

The authorial comparisons offered by early readers link most obviously to the book’s multi-temporal plot structure, which moves around amongst a number of locations and a large cast of interlocking characters. It’s also just as epic as the work of those authors, showcasing a mind-boggling volume of research and expertise that is woven seamlessly into the vast narrative arc. If you’re not intrigued already, all you need to know about its content is that it’s set in three Venices (sixteenth-century Venice, Italy; Venice Beach, California, in the 1950s; and the Venetian casino in Las Vegas in the early 2000s) and the heart of the plot involves the technology of the mirror and industrial espionage. It’s a complex book that rewards close reading, but its furious pace and accomplished style will have you wondering how you just read 600 pages so quickly.