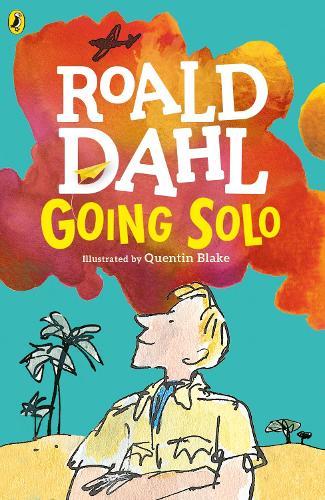 Phizzwhizzing new cover look and branding for the World’s NUMBER ONE Storyteller! As a young man, Roald Dahl’s adventures took him from London to East Africa, until the Second World War began and he became a RAF pilot. You’ll read stories of whizzing through the air in a Tiger Moth Plane, encounters with deadly green mambas and hungry lions, and the terrible crash that led him to storytelling. Going Solo is exciting, enthralling and just like its prequel Boy - it’s all TRUE.