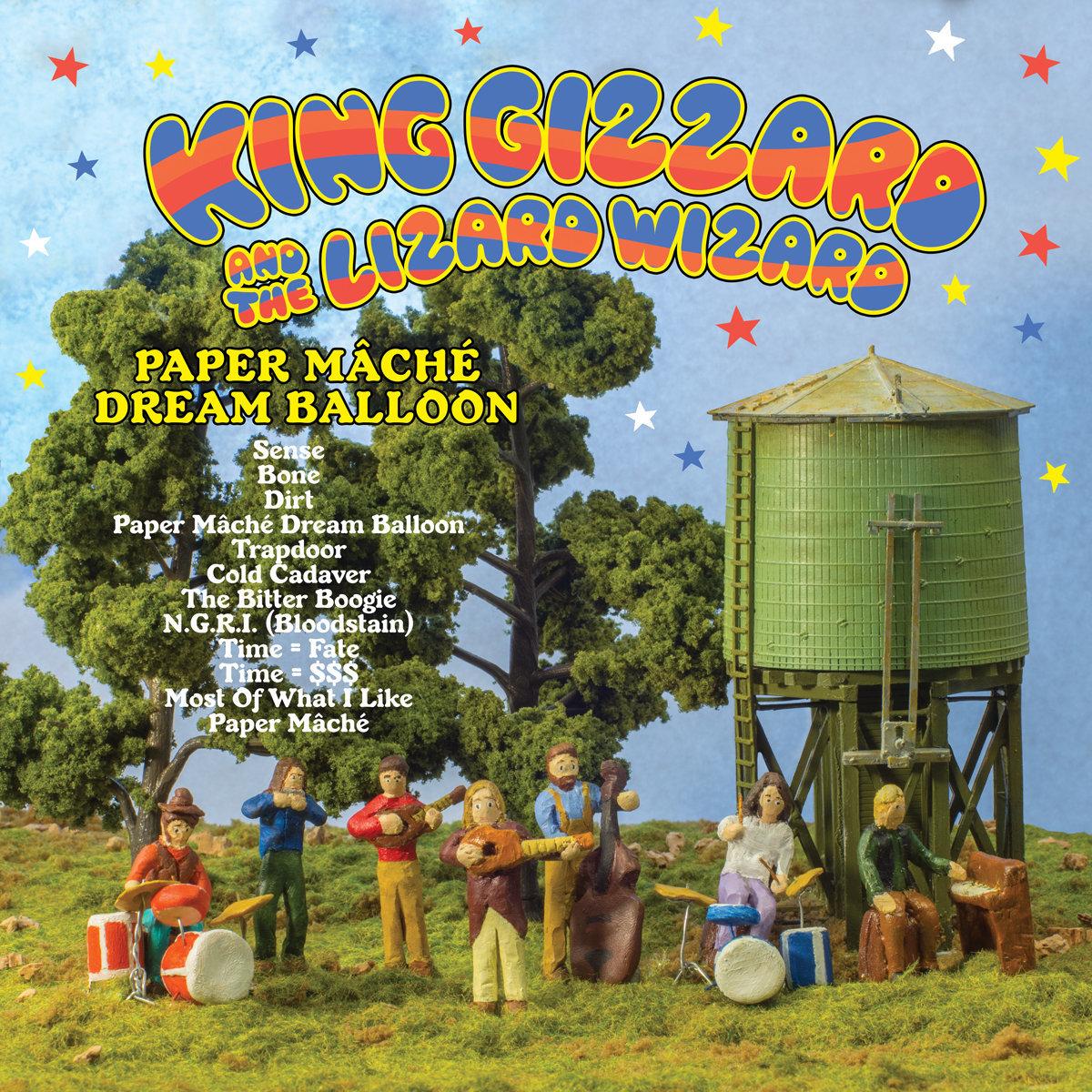 They’re back!
Legends King Gizzard & the Lizard Wizard are excited to confirm their seventh album ‘Paper Mâché Dream Balloon,’ out via Flightless / Remote Control Records!
Initially the band thought ‘Paper Mâché Dream Balloon’ was going to be filled with the darker, heavier material that the band has been playing live of late. But front man Stu Mackenzie soon decided that it was time to put aside the longer, more conceptual pieces and go in a completely new direction.
On previous records King Gizz has channeled many different sounds: From heavily distorted, kraut-driven rock on their 2014 album ‘I’m In Your Mind Fuzz’ to expansive, almost jazzy, Dead-like head trips on ‘Quarters!’ Or as Mackenzie puts it, “I always wanted to be a band where you would expect the unexpected each time, with each album being treated like a different phase.”
Hence, the band’s seventh album was recorded using nothing but acoustic instruments. Mackenzie elaborated on this with: “Acoustic guitars, flute, double bass, fiddle, harmonica, drum kit, clarinet. Whatever we could find really.”
The result is a lovely, lilting pop masterpiece that still evokes the same intoxicating exuberance as The Gizz’s most recent work, but with a more pastoral, communal feel to it.
$19.95Add to basket ›