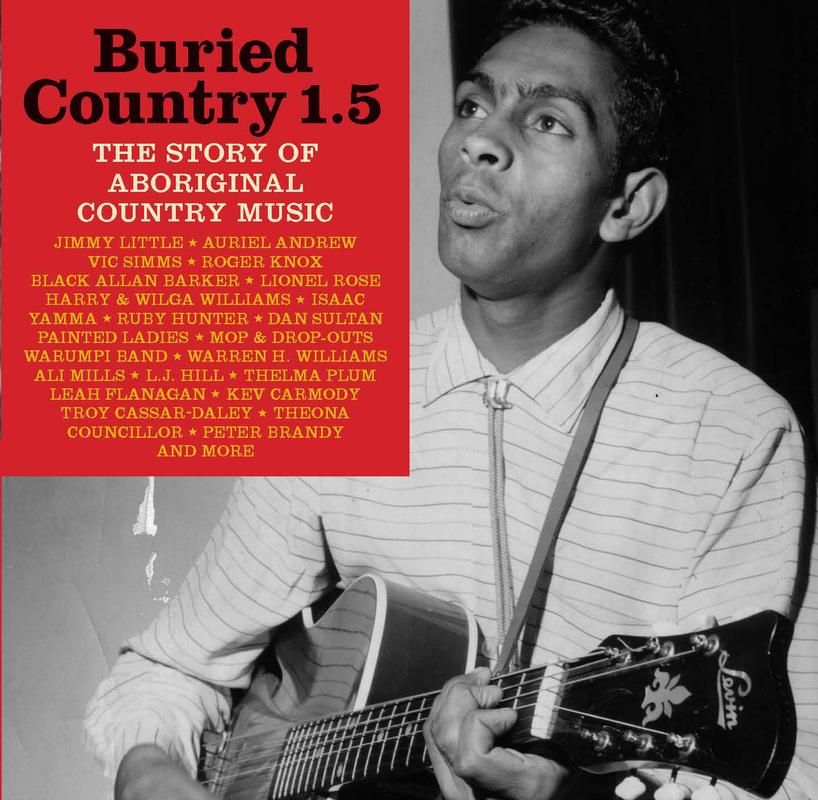 Festival Records to release ‘Buried Country 1.5,'a new 2CD release that updates Clinton’s Walker’s acclaimed 'Story of Aboriginal Country Music!’
‘Buried Country 1.5’ includes music by Archie Roach, Warumpi Band, Dan Sultan, Troy Cassar-Daley, Kev Carmody, Thelma Plum, Vic Simms, Jimmy Little, Ruby Hunter, the Painted Ladies, Tom Lewis and others.
Festival Records and Warner Music Australia are proud to announce the October 30 release of a new and significantly different edition of the ground-breaking 2000 compilation ‘Buried Country: The Story of Aboriginal Country Music,’ which was originally released in conjunction with a book and documentary of the same name. All formats were the work of author Clinton Walker, who has created this new edition - ‘Buried Country 1.5’ - to accompany the new edition of his book. Hailed on publication as “an act of restitution” (Rhythms), and a work that “traces new pathways into the songlines of a hidden and resonant Australian musical history” (The Age), ‘Buried Country’ has had a substantial cultural impact over the years, and will continue to do so with this new release and new developments in the new year.
‘Buried Country 1.5’ features the key artists from the original 2CD set on the first disc together with a CD’s worth of more recent artists. It includes Archie Roach, Warumpi Band, Dan Sultan, Troy Cassar-Daley, Kev Carmody, Thelma Plum, Vic Simms, Jimmy Little, Tom Lewis, Ruby Hunter, the Painted Ladies (with guest vocalists Paul Kelly and Ed Kuepper and others), as well as new liner notes by Clinton Walker and some beautiful new images.
Long before Aboriginal creativity could be expressed freely across contemporary Australian culture, before Aboriginal artists, writers, performers and directors were widely acclaimed, it was country music that first gave the original Australians a voice in modern Australia. It might seem an unlikely combination, but country has always offered a vehicle for the dispossessed to tell their stories, and Aboriginal country music has a rich history that continues to inspire today.
‘Buried Country 1.5’ reveals that music in all its wonderful variations, and provides a revelatory listen to fans of Country music, Indigenous music and Australian music alike.
$29.95Add to basket ›