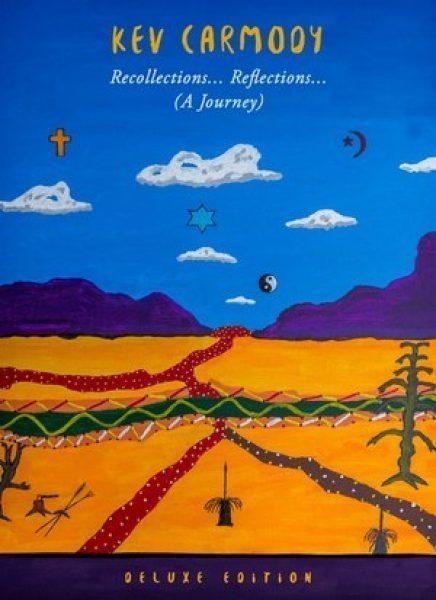 One of the most respected singer songwriters of our time - Mr Kev Carmody returns with his first album project in twelve years.

Recollections Reflections (A Journey) is the accumulation of years of writing and recording from the esteemed ARIA Hall Of Fame recipient. Decades of lyrics, sounds and song ideas had piled up in Kev Carmody’s manilla folders and tapes at his home in South East QLD. Eventually the time came to commit these ideas to permanent record - for the ages.
The result is 40 tracks, spread over 4CD’s and housed in a beautifully crafted fan deluxe pack; a DVD sized, slipcase and 52 page booklet detailing the recording of the album; the four CD"s are housed in a flexitray with beautiful artwork.
Importantly - Kev’s life story, including the recording of this album is captured in a feature length documentary ‘Songman' to be screened on ABC1 in November 2015 - and premiered at the Adelaide Film Festival in October 2015; shining a mainstream light on the storied life of one of our national treasures.
I first heard his music 20 years ago, and was drawn straight away to his blend of politics and prayer, poetry, anger and pride. His body of work is one of our great cultural treasures. - Paul Kelly
$64.95Add to basket ›