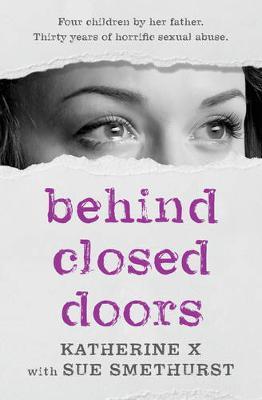 Four children by her father. Thirty years of horrific sexual abuse.
In March 2009, Joseph Fritzl was sentenced to life in jail for the systematic imprisonment, torture and rape of his daughter Elisabeth over 24 years, fathering seven children. The case shocked the world.
But just a month before, the story of Australia’s own house of horrors was emerging in a Victorian country town. Under a blanket of suppression orders, a man in his late sixties was quietly arrested, charged - and later convicted - for the systematic rape, abuse and imprisonment of his only daughter, `Katherine', which spanned decades. He fathered four of her children.
Until recently, this shocking story had been buried under a complex legal web and Katherine’s insistence on silence so that she could rebuild her shattered life and protect her children. In Behind Closed Doors, Katherine speaks out and tells the story of how she survived - and how such degrading abuse went unnoticed for so long.
Now, a new epilogue reveals the evidence Katherine gave at the Royal Commission into Institutional Responses to Child Sexual Abuse, detailing the betrayal she felt at having been ignored for so long.
$22.99Add to basket ›