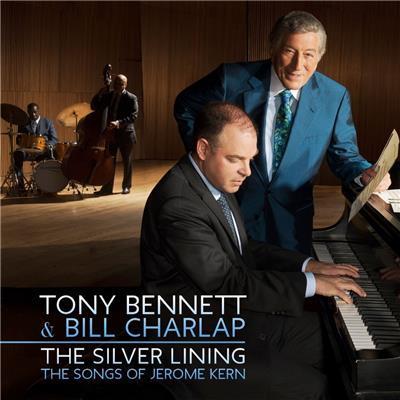 Jerome Kern was a major force on Broadway and in Hollywood musicals in a career that spanned more than four decades. He expanded on earlier musical theater traditions, from vaudeville to operetta, to embrace new dance rhythms, syncopation and jazz progressions and helped invent the modern musical template. While many of his Broadway musicals and Hollywood musical films were contemporary smash hits, Kern is perhaps best remembered today through revivals of “Show Boat,” one of his signature achievements.

With more than 700 Jerome Kern compositions to choose from, the set list for The Silver Lining: The Songs of Jerome Kern is a distillation of essential highlights from a boundless catalog. With these interpretations of some of Jerome Kern’s finest songs, Tony Bennett and Bill Charlap offer a definitive introduction to Kern’s music while providing a deep understanding of the abiding and universal qualities of these songs.