Trust Me 1-3, The Complete Collection: Matty and Kayla’s Story 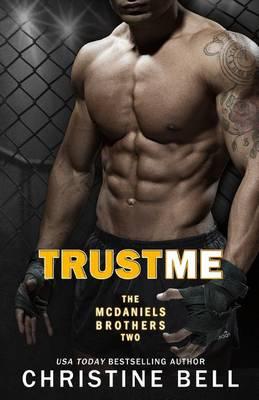 Trust Me 1-3, The Complete Collection: Matty and Kayla’s Story

Matty and Kayla’s complete story. Preceded by Fix You, Bash and Olivia’s story. As the oldest McDaniels boy, it’s always been Matty’s job to take care of his brothers, but lately, he’s been doing a crappy job of it. After a rough couple months, his brother Bash is finally back on track to make a big name for himself in the boxing world, but when his golden opportunity gets taken away, there’s nothing Matty won’t do to fix it. Even if it means making a deal with the devil…and his bossy, red-headed protege. Kayla James wasn’t always notorious Boston mobster Mickey Flynn’s right hand. Before that, she was nobody. He might not be perfect, but he took her in when she had no one else, and she’ll be forever in his debt. If he wants her to manage his cocky new MMA fighter and turn him into a money-making machine, she’ll do it…but she doesn’t have to like it.