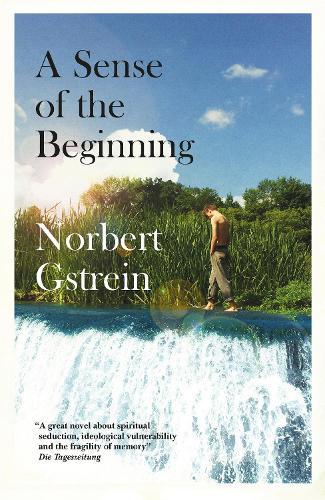 A poignant novel of political-religious awakening by one of Germany’s literary stars.
An anonymous phone call; an unattended bag discovered in the station of a small Austrian town; a piece of paper saying: ‘Repent! and Next time it will be for real!’; A C.C.T.V. image of a young man. What was it that made the teacher think it was his old student, Daniel?
Ten years earlier Daniel had spent time with the teacher in his remote house by the river. The town had talked. Anton had recently returned from two years teaching in Istanbul - he was unsettled, subversive, solitary. Daniel was on the brink of adulthood - idealistic, unrequitedly in love with Judith, vulnerable to influence. Those summer weeks by the river were an idyll. But did they also sow the seeds of Daniel’s later obsessiveness, his biblical attitudes, his political dogmatism?
As the bomb threat excites the community with all the tension of a witch hunt, and Anton himself becomes a focus for suspicion and gossip, he anatomises his memories of the preceding decade. What went wrong for Daniel, and could he have stopped it?
$31.99Add to basket ›