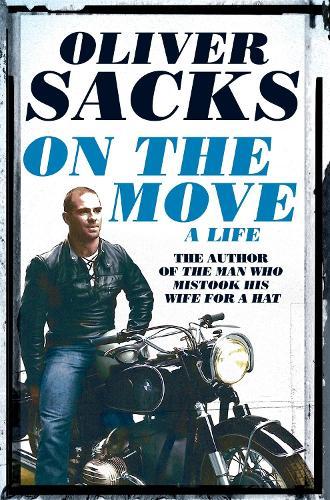 When Oliver Sacks was twelve years old, a perceptive schoolmaster wrote in his report: ‘Sacks will go far, if he does not go too far’. It is now abundantly clear that Sacks has never stopped going.
From its opening pages on his youthful obsession with motorcycles and speed, On the Move is infused with his restless energy. As he recounts his experiences as a young neurologist in the early 1960s, first in California and then in New York, where he discovered a long-forgotten illness in the back wards of a chronic hospital, as well as with a group of patients who would define his life, it becomes clear that Sacks’s earnest desire for engagement has occasioned unexpected encounters and travels - sending him through bars and alleys, over oceans, and across continents.
$22.99Add to basket ›

Compelling stories from the medical field

END_OF_DOCUMENT_TOKEN_TO_BE_REPLACED

My Stroke of Insight

Band-Aid for a Broken Leg: Being a Doctor with No Borders and Other Ways to Stay Single

Dear Life: On Caring for the Elderly