The Sink of Iniquity 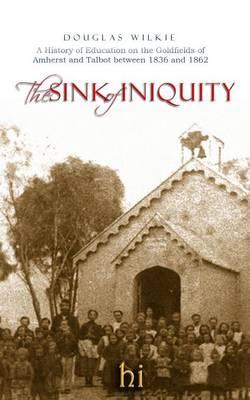 The Sink of Iniquity

Picture this - Back Creek, as Talbot was then known, in April 1859: Crime is frightfully on the increase in this district, and the hordes of thieves and murderers on the rush are becoming emboldened from the comparative immunity which they enjoy. At present Detective Slattery and a handful of constables are the only men to keep down hundreds of villains of the deepest dye. The report I have forwarded you, of the murderous attack on Mrs Ross, is only one of several crimes … Several cases of sticking-up have come to our knowledge … A butcher named Wills was pounced on by four armed men near Sault’s Hotel … A woman was stabbed in the face on Wednesday night … On Tuesday night a man had his jaw broken … The feeling among the inhabitants is one of great insecurity. A Court of Petty Sessions will he held daily at Wrigley’s Hotel, on and after Monday. Maryborough and Dunolly Advertiser quoted in Argus, Monday 16 May 1859, p. 5. Back Creek was experiencing a massive gold rush. The population had reached 30,000. Not only were there murders, robberies and all kinds of other lawlessness, but Back Creek was described as the very sink of iniquity. In the midst of all this were the children and the desire to provide them with some form of education to prevent them falling into heathenism and barbarianism. But the Denominational Schools argued with each other. The Presbyterians would not allow their children to attend the Anglican schools. The teachers were often untrained and just as susceptible to the lure of gold as the parents. The Boards of Education took months to pay bills and salaries. This is the story of how education was provided to the children of this district, from a time long before the gold rushes, a time when the only children were those of the squatters and their servants, through to 1862 when the Common Schools system established in an attempt to overcome the inter-Denominational rivalries.