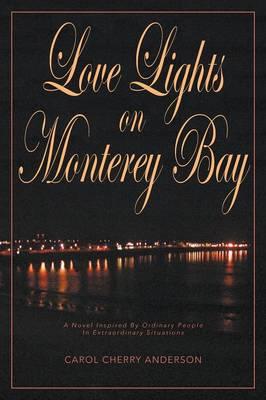 Love Lights on Monterey Bay is the final book of an action-packed trilogy. Inspired by true stories interwoven around actual events, readers will experience the intrigue and uncertainty Matthew and Jenny experience while adjusting to civilian life in Monterey, California. He struggles with PTSD and must also battle leukemia, caused by exposure to Agent Orange. Jenny faces many challenges as she tries to keep the Healing Home open, a center assisting children who are victims of abuse, including trafficking. Will Jenny survive another terrifying experience in Africa while trying to adopt Star, the child who was kidnapped at the same time Jenny was? Will their dreams of a family ever come to fruition? Learn what happens to the characters when the Loma Prieta earthquake hits Central California in 1989. While across the Pacific, Matthew’s parents Bob and Barbara fight their own battles as they continue to warn people about ID theft, which is becoming more complex in the computer age. Will faith help or hinder the characters when America is hit by terrorists on 9/11? Find out who had an encounter with a possible perpetrator and who was killed in the tragedy. About the Author: A native of Central California, Carol Cherry Anderson now lives in Bella Vista, Arkansas, with her husband, Charles. They lived in the San Francisco and Monterey Bay areas for years, which is where this novel is set. They have five adult children and fourteen grandchildren. The author earned her MS degree at Cal State University. She has been a college counselor, a vocational/career counselor, and a newspaper reporter, earning the title Reporter of the Year. She believes her writing, which is her passion, is divinely inspired. Publisher’s website: http: //sbpra.com/CarolCherryAnderson