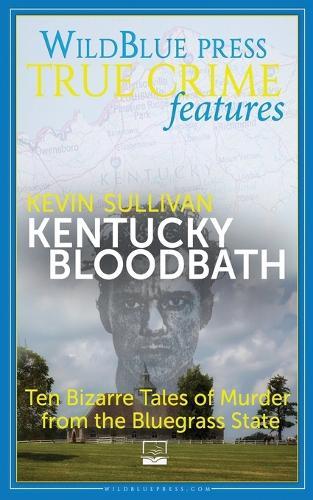 A well-written book of grime that every true crime reader must have on their shelves or reading device. Compelling and captivating. -RJ Parker, bestselling author of Serial Killers Abridged Encyclopedia, Serial Killer Groupies and more. Readers who find themselves turning the pages of this new work from the author of VAMPIRE: The Richard Chase Murders, and THE BUNDY MURDERS are in for an excursion into the weird and the bizarre: from a medieval-esque murder in a small town museum to the jilted boyfriend who decided that his former girlfriend needed to die on her twenty-first birthday. And then there’s the demented son who returns home to live with his mother and stepfather, and one night in their beautiful mansion sitting atop a high bluff overlooking the Ohio River, slaughters them. Each case will keep you on the edge of your seat. From the Author: As I began my research into past Kentucky killers and their victims, I was well aware there were a good number of very unusual homicides from the Bluegrass State, as I’d read about them over the years in newspapers accounts, heard the strange tales from relatives and friends, or watched the occasional newscasts on TV. But these sources were never in-depth studies of the cases in question; and worse still, very often, erroneous information came forth, and it wasn’t until I began the research, using the original case files, that I’d find out what really happened. And it would be in these moments of discovery, that an accurate picture of each individual tragedy would rise and take shape from the seemingly innumerable police reports and interviews of those involved. Indeed, many of the stories I’ve unearthed would have been lost forever had I not sought them out from the dusty archives and storage facilities scattered throughout the state; stories that would, ultimately, be destined for obscurity and eventual disposal as the decades dragged on. Recently, one radio interviewer, contemplating their bizarre aspects, quite rightly stated how all of these Kentucky murders resembled something out of The Twilight Zone, and I quickly had to agree with his assessment. That’s the nature of these cases, and frankly, it was what I was looking for in my quest to uncover true crime in Kentucky.