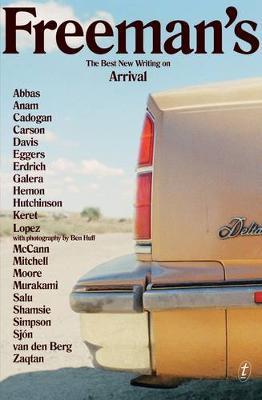 The first volume in a series of biannual literary anthologies from renowned literary critic and former Granta editor John Freeman, Freeman’s- Arrival features never-before-published stories by Haruki Marukami, Louise Erdrich, Dave Eggers, Etgar Keret, Lydia Davis, David Mitchell and others. Freeman’s - part literary journal, part anthology - will occupy a unique space in the literary landscape. In this inaugural edition of Freeman’s, John Freeman brings together the best new fiction, non-fiction and poetry about that electrifying moment when we arrive. Strange encounters abound- David Mitchell meets a ghost in Nagasaki; Lydia Davis recounts her travels in the exotic territory of the Norwegian language; and in a Dave Eggers story, an elderly gentleman cannot remember why he brought a fork to a wedding. Also featuring startling new fiction by Laura van den Berg, Helen Simpson and Tahmima Anam, as well as stirring essays by Aleksandr Hemon, Barry Lopez and Garnette Cadogan, Freeman’s is an essential map to the best new writing in the world.