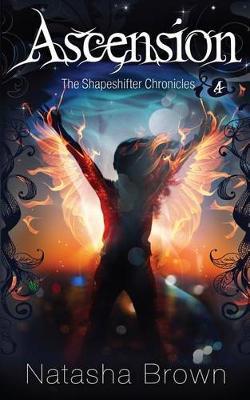 Find out how the series ends with Ascension, book 4 of The Shapeshifter Chronicles. Haunted by nightly terrors, nineteen-year-old Chance Morgan feels the painful scars left behind by the shapeshifter sickness. The unwelcome voices may be gone, but nothing can erase the memories. Ashamed of his actions, he must face the people he hurt most as he struggles to forgive himself. While Chance battles his demons, his fiancee Ana Hughes focuses on his rehabilitation and the disappearance of her friend Ryan. With her attentions elsewhere, she begins to have memories from an ancient time, and she fears their implications. When Ana discovers the source of the visions, she unmasks a primeval enemy and learns that her time in this world is coming to an end. As Chance fights to change her fate, Ana realizes that no matter how hard he tries, her destiny may already be written in the stars.