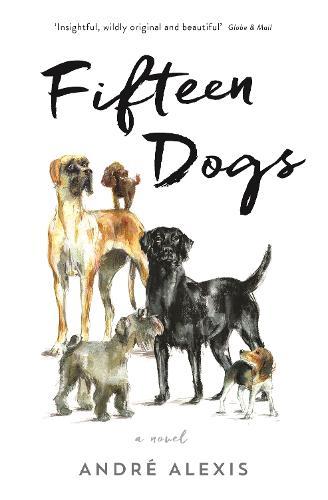 A pack of dogs are granted the power of human thought - but what will it do to them? A surprising and insightful look at the beauty and perils of consciousness.
It begins in a bar, like so many strange stories. The gods Hermes and Apollo argue about what would happen if animals had human intelligence, so they make a bet that leads them to grant consciousness and language to a group of dogs staying overnight at a veterinary clinic.
Suddenly capable of complex thought, the dogs escape and become a pack. They are torn between those who resist the new ways of thinking, preferring the old ‘dog’ ways, and those who embrace the change. The gods watch from above as the dogs venture into unfamiliar territory, as they become divided among themselves, as each struggles with new thoughts and feelings. Wily Benjy moves from home to home, Prince becomes a poet, and Majnoun forges a relationship with a kind couple that stops even the Fates in their tracks.
Engaging and strange, full of unexpected insights into human and canine minds, this contemporary take on the apologue is the most extraordinary book you’ll read this year.
$19.99Add to basket ›