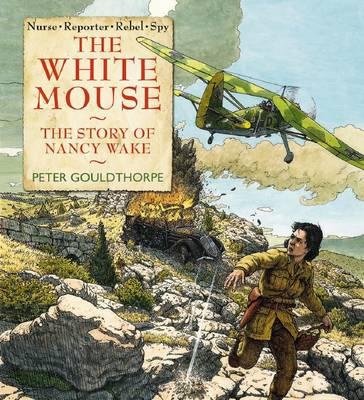 The Gestapo called her The White Mouse - and they wanted her, dead or alive.
Nancy Wake was an Australian who joined the French Resistance during World War II and became the most wanted woman in France. Parachuting behind enemy lines, blowing up bridges and smuggling refugees across borders, Nancy fought fiercely against the enemy and became the most decorated Australian woman in any war.
$26.99Add to basket ›

END_OF_DOCUMENT_TOKEN_TO_BE_REPLACED

The Forgotten Rebels of Eureka is the most talked-about work of Australian history in recent years. Now here is Clare Wright's groundbreaking, award-winning study of the women who made the rebellion in an abridged edition for...

The new Australian go-to book for parents wanting help with THAT talk... It's one of the most amazing stories ever told - and it's true! Funny, frank and embarrassment-free, The Amazing True Story of How Babies are Made gives a...

The stunningly illustrated true story of the Phasmid and its remarkable journey back from extinction.

END_OF_DOCUMENT_TOKEN_TO_BE_REPLACED

Australian Kids through the Years

END_OF_DOCUMENT_TOKEN_TO_BE_REPLACED

Helen Oxenbury: A Life in Illustration

The School of Art: Learn how to make great art with 40 simple lessons

Danger is Still Everywhere: Beware of the Dog (Danger is Everywhere book 2)

Time Traveler Inventions: Travel through time and take a peek into the world of scientific & technological inventions