Terminal One: Coping with a cancer diagnosis 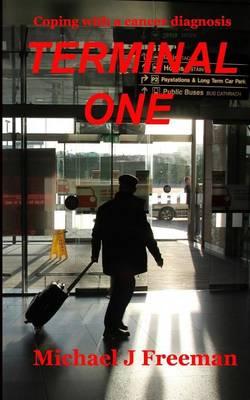 Terminal One: Coping with a cancer diagnosis

Michael was first diagnosed with cancer in 2006. In November 2012 Michael arranged an appointment with his local GP after noticing a lump on the left side of his face. The doctor on duty diagnosed mumps; but the lump wanted to stay around, and his local dentist quickly referred him to a dental hospital and then the oral cancer team. Three painful biopsies failed to reveal a diagnosis and no treatment plan could be advised. The specialist also thought that Michael had serious heart problems, so a more invasive operation was not recommended. He consequently went into denial. Later, an MRI Scan revealed a large tumour situated just below Michael’s tongue; Michael and his wife Carole were referred to a palliative nurse who provided on-going support. Eventually his physician persuaded the specialist that Michael was fit enough for a biopsy, which finally revealed the nature of the tumour. The oncologist then convinced Michael that he should do something, and quickly. A treatment plan could now begin. The reader is treated to a fly-on-the-wall view of how the couple got through this dark time, plus poems which graphically reveal their inner feelings, and helpful tips for those in a similar boat. Michael was helped by a mixture of conventional medical treatment for the cancer itself and a range of alternative and complimentary treatments which helped him cope with the symptoms and the side-effects. His story shows the importance of seeking lots of help and advice to understand the choices you face; of asking questions if you don’t understand something; and of facing up to the choices you have. A stunning little book - ideal reading for anyone who feels overwhelmed and depressed by their (or their loved one’s) medical diagnosis. Dr Michael Wilkinson Prepare to laugh and be moved by this heartfelt testimony to life, optimism, and one couple’s stubborn refusal to quit. Alison Taft.