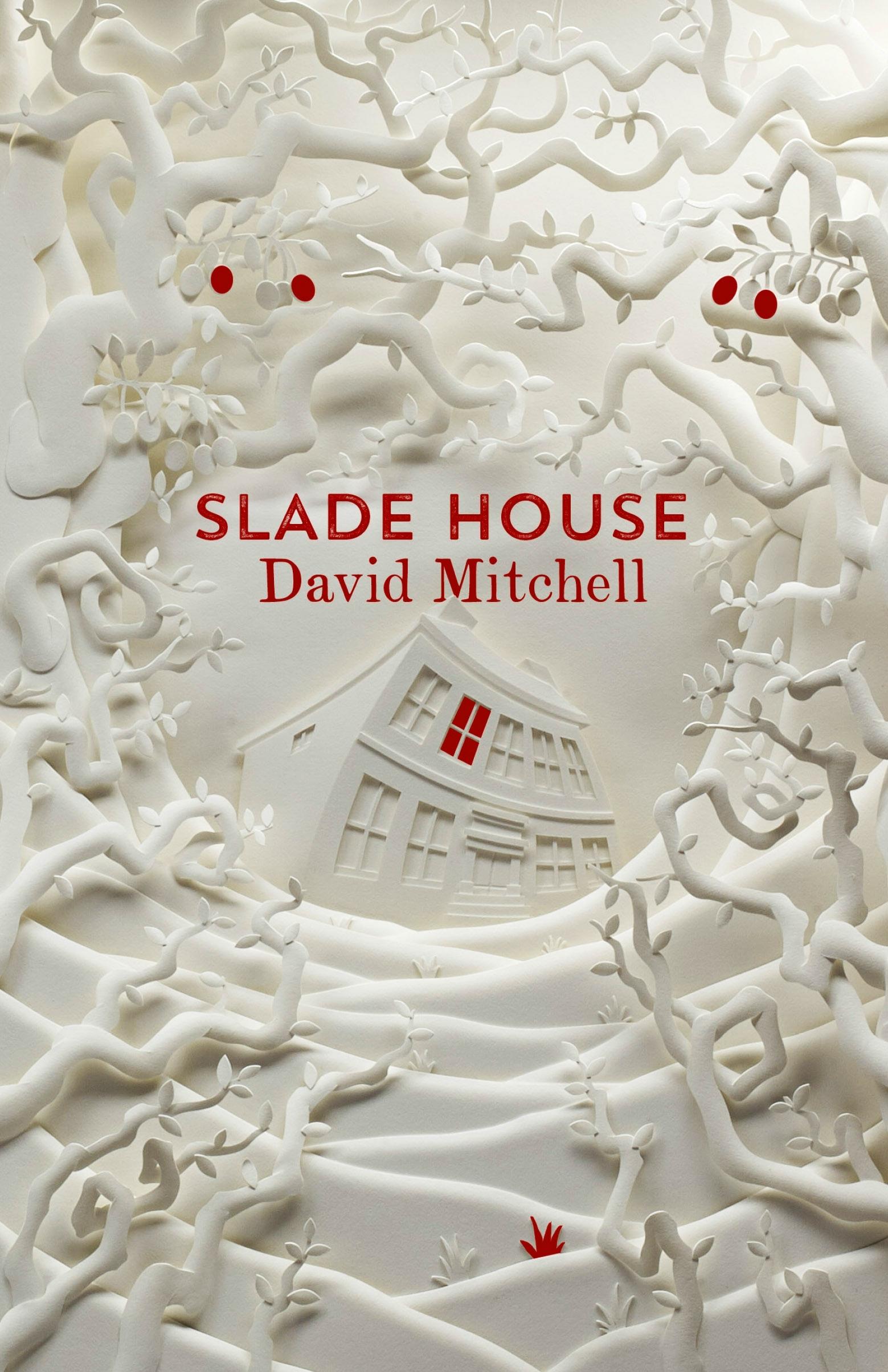 Prepare to be chilled, electrified and entertained - a gem of a novel born from a Twitter short story.
Born out of the short story David Mitchell published on Twitter in 2014 and inhabiting the same universe as his latest bestselling novel The Bone Clocks, this is the perfect book to curl up with on a dark and stormy night.
Turn down Slade Alley - narrow, dank and easy to miss, even when you’re looking for it. Find the small black iron door set into the right-hand wall. No handle, no keyhole, but at your touch it swings open. Enter the sunlit garden of an old house that doesn’t quite make sense; too grand for the shabby neighbourhood, too large for the space it occupies.
A stranger greets you by name and invites you inside. At first, you won’t want to leave. Later, you’ll find that you can’t.
This unnerving, taut and intricately-woven tale by one of our most original and bewitching writers begins in 1979 and reaches its turbulent conclusion around Hallowe'en 2015. Because every nine years, on the last Saturday of October, a ‘guest’ is summoned to Slade House. But why have they been chosen, by whom and for what purpose? The answers are in the long attic, at the top of the stairs…

Slade House came into being on twitter. A short 280-tweet story formed and from there Mitchell found his way into his latest novel. Slade House is a short novel and could be read as a collection of stories, all revolving around a mysterious house hidden away in Slade Alley.

Beginning in 1979 and ending in 2015, the book opens with the aforementioned twitter story, fleshed out and developed for the novel. Young Nathan and his mother are invited to a soiree at the house, a police detective investigates some old missing persons cases and is invited into the house by a beautiful widow, a bunch of university students find themselves at a party there, a journalist follows a story that leads her to Slade Alley, and a psychiatrist researching an academic paper is given information that requires a visit.

Slade House is a ghost story of sorts, but the world Mitchell creates is far stranger than that. Readers familiar with his previous novel, The Bone Clocks, will know the world of this novel well as it mines the same territory, with time and space behaving in unusual ways and souls entering bodies not their own. Mitchell writes well, and apart from a couple of clunky moments of exposition-heavy dialogue this weird and imaginative tale is compelling.

Slade House can be read as a stand-alone novel but readers might get more from it by reading The Bone Clocks first. Mitchell has a habit of referencing his other books, with places and characters appearing again in later novels. A little gift, perhaps, to readers in the know, and astute readers here will recognise a character from The Bone Clocks and have a clue to the ending before it arrives.