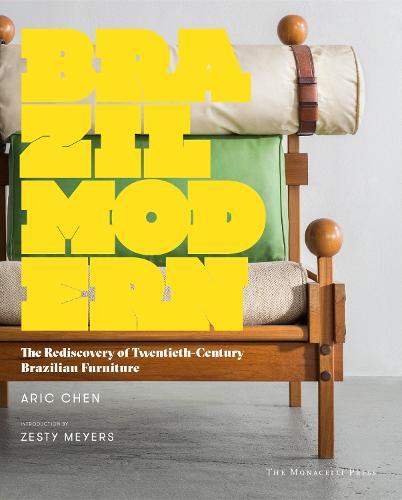 Brazil has long harbored its own modernist tradition in architecture and the arts, but little of its furniture design has been seen outside of the country due to the country’s restrictive export policies during the decades of its greatest creative ferment. With expert text and well over 400 historic images and new photography, Brazil Modern- The Rediscovery of Twentieth-Century Brazilian Furniture surveys the history and legacy of this innovative and sensual design tradition. Like Brazil itself, one could say that the story of Brazilian design begins with wood. Varieties of hardwood rarely found outside South America–rosewood, jacaranda, Gon alo alves, tulipwood–lie at the core of Brazilian design, forming the source material with which Brazil’s great twentieth century designers developed a distinctly modern, and distinctly Brazilian, vocabulary. Featuring the work of the titans of Brazilian design–Lina Bo Bardi, Oscar Niemeyer, and Sergio Rodrigues–as well as numerous designers whose work and reputations rarely reached foreign shores, Brazil Modern is the first comprehensive guide to this untapped vein of modernist design.