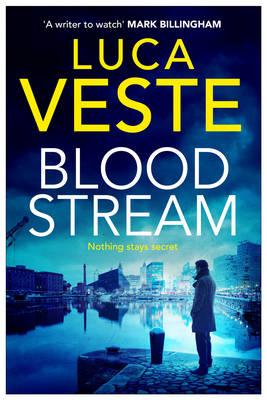 A brilliant Murphy and Rossi police procedural from Luca Veste, called ‘A writer to watch’ by Mark Billingham. Social media stars Chloe Morrison and Joe Hooper seem to have it all - until their bodies are found following an anonymous phone call to their high-profile agent. Tied and bound to chairs facing each other, their violent deaths cause a media scrum to descend on Liverpool, with DI David Murphy and DS Laura Rossi assigned to the case. It quickly becomes clear that the killer believes secrets and lies within relationships should have deadly consequences… ‘This is a twisty, psychological crime debut in a gritty setting: a new favourite for police procedural lovers’ Clare Mackintosh, author of I Let You Go, on Dead Gone ‘Top read for police-procedural aficionados looking for a fresh beat’ The Times Crime Club ‘An utterly compelling story of murder and celebrity culture in the age of social media obsession’ Eva Dolan ‘Luca Veste is leading the new wave in British crime fiction, using mystery novels to explore social issues, armed with heart, insight, and anger’ Jay Stringer ‘A dark, thrilling ride’ Stav Sherez