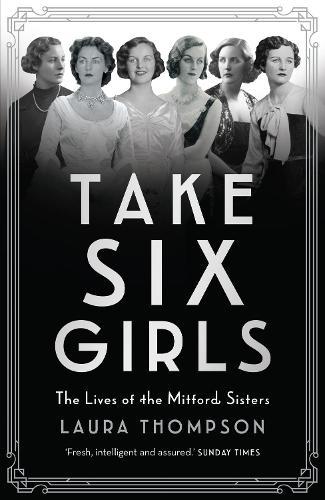 The contrasting lives of the Mitford sisters - stylish, scandalous and tragic by turns - hold up a mirror to upper-class life before and after the Second World War.
The eldest was a razor-sharp novelist of upper-class manners; the second was loved by John Betjeman; the third was a fascist who married Oswald Mosley; the fourth idolized Hitler and shot herself in the head when Britain declared war on Germany; the fifth was a member of the American Communist Party; the sixth became Duchess of Devonshire.
They were the Mitford sisters: Nancy, Pamela, Diana, Unity, Jessica and Deborah. Born into country-house privilege, they became prominent as ‘bright young things’ in the high society of interwar London. Then, as the shadows crept over 1930s Europe, the stark - and very public - differences in their outlooks came to symbolise the political polarities of a dangerous decade.
The intertwined stories of their lives - recounted in masterly fashion by Laura Thompson - hold up a revelatory mirror to upper-class English life before and after World War II.
$16.95Add to basket ›