Peninsular Preparation: The Reform of the British Army 1795-1809 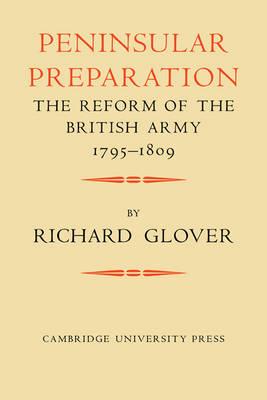 Peninsular Preparation: The Reform of the British Army 1795-1809

This book describes the rebirth of British military power and hence of the authority of her diplomacy. When England went to war with revolutionary France in 1793 her army was weak from ten years of neglect of discipline and training, from political interference in the selection of its officers and from the failure of her recruiting policies. To these disadvantages were added a cumbrous system of political control, divided counsels and inept strategy. The result was defeat in her attempted continental campaigns of 1793-95 and the loss of the respect of both her allies and her enemy. The work of reform began in 1795. From being the least feared of France’s principal enemies, the British army became a force capable of winning the victories of the Peninsular War, of making a real and weighty contribution to the overthrow of Napoleon, and of compelling attention to Britain’s voice in the Congress of Vienna which created the Europe of the nineteenth century. Professor Glover studies this transformation in detail.