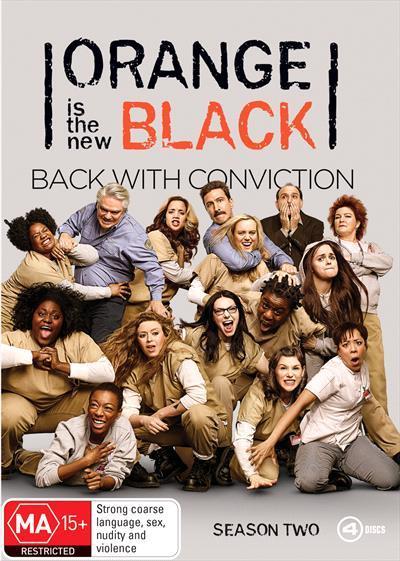 Orange is the New Black is a fierce and funny series that follows Piper Chapman (Schilling) when a crime she committed in her past sends her to an all-women’s prison with an unforgettable and irreverent group of fellow inmates.
The second season of Orange is the New Black begins with Piper (Taylor Schilling) facing the consequences of her actions. Elsewhere, Red (Kate Mulgrew) feels isolated, while Taystee (Danielle Brooks) shows off her business skills. Later, Morello (Yael Stone) gets her heart broken, Larry (Jason Biggs) makes changes to his life, and Piper starts a prison newsletter.
$29.95Add to basket ›