Sealed With a Loving Kiss 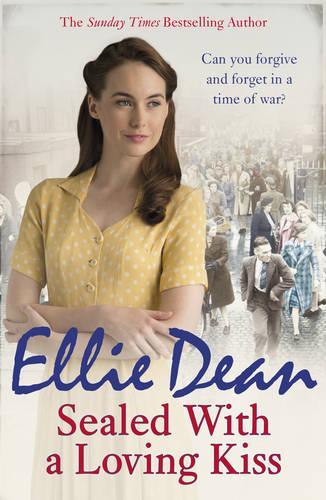 Sealed With a Loving Kiss

THE NINTH CLIFFEHAVEN NOVEL BY SUNDAY TIMES BESTSELLING AUTHOR ELLIE DEAN After the death of her parents in a bombing raid, Mary Jones discovers a secret in the pages of father’s diaries. Her search for the truth brings her to Cliffehaven on the south coast. Here, she finds work at the Kodak factory, sifting through the Airgraphs which are being sent from all over the world by the men and women in the armed forces, and by their loved ones. All the while she longs for news of her own sweetheart, fighting in Europe. With the help of Peggy Reilly and her family at Beach View Boarding House Mary starts to build a new life for herself. But events that happened eighteen years before still echo, and should a promise Peggy made then be broken, it will have a devastating affect not only on Mary, but them all… A fabulous, heart-warming Second World War novel in Ellie Dean’s bestselling Cliffehaven series (previously called the Beach View Boarding House series).