Hamilton High: Lying Out Loud: From the author of The DUFF 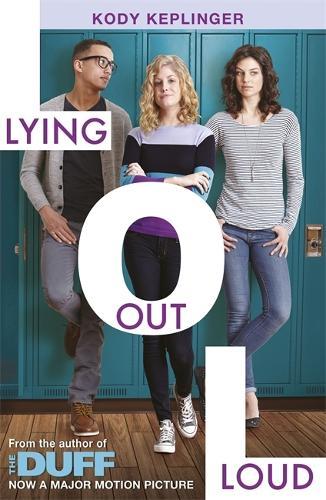 Hamilton High: Lying Out Loud: From the author of The DUFF

Revisit Hamilton High in this MUST READ for all fans of The DUFF - co-starring Bianca and Wesley. Sonny Ardmore is an excellent liar. She lies about her dad being in prison. She lies about her mom kicking her out. And she lies about sneaking into her best friend’s house every night because she has nowhere else to go. Amy Rush might be the only person Sonny shares everything with - secrets, clothes, even a nemesis named Ryder Cross. Ryder’s the new kid at Hamilton High and everything Sonny and Amy can’t stand - a prep-school snob. But Ryder has a weakness: Amy. So when Ryder emails Amy asking her out, the friends see it as a prank opportunity not to be missed. But without meaning to, Sonny ends up talking to Ryder all night online. And to her horror, she realizes that she might actually ‘like’ him. Only there’s one small catch: he thinks he’s been talking to Amy. So Sonny comes up with an elaborate scheme to help Ryder realize that she’s the girl he’s really wanted all along. Can Sonny lie her way to the truth, or will all her lies end up costing her both Ryder and Amy? From the author of The Duff - now a major film starring Bella Thorne, Mae Whitman and Alison Janney, out in DVD in Summer 2015.