cycling to Bohemia: a cycling adventure across Europe 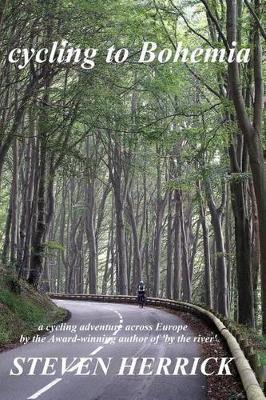 cycling to Bohemia: a cycling adventure across Europe

Award-winning author Steven Herrick journeys from the wild coastline of Brittany in Northern France to the Bohemian splendour of Prague in Eastern Europe on a bicycle - an epic 2,500 kilometre adventure along rural back roads and beside the great rivers of Europe. Accompanied by his wife, Cathie and their two hardy bikes christened Jenny and Craig, this is an absorbing adventure across the heartland of the continent. The only pastime more important than cycling is sampling the culinary delights of French restaurants, German beer halls and the bars and cafes of Belgium, The Netherlands and the Czech Republic - from steak tartare to schnitzel; gateaux to goulash; and bordeaux to beer. The author never loses sight of his life’s mantra, ‘cycling is just an interlude between meals.’ ‘Cycling to Bohemia’ is a bicycle adventure, a restaurant safari and a handbook for those who enjoy slow food, grassroots travel and long-distance cycling.