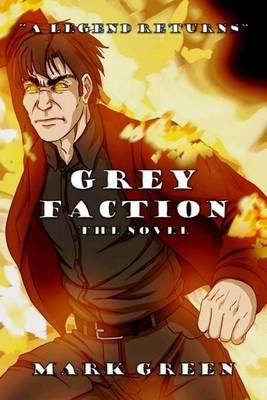 Conquering the world? Many people and cultures have tried this over the years, and always they have ultimately failed. Why? This is because they all lacked something, it is not leadership or strategy, what they lacked was an overwhelming power, something no leader, no army, no country could stand against. Well we have found it, we the Magistas will lay waste to this world, crush these weak cultures and re-forge it into something strong. We are preparing an army of modified humans, powers grafted from the heavens, when the time comes this world will fall, and not even Grey Faction will stand in our way. Their Reaper, Ghost, Hunter and Queen, all will be laid to waste…We shall become as Gods. *** Grey Faction, a brilliantly told epic fantasy, modern settings, amazing characters and fight scenes that don’t disappoint. - NDP reviews