Lion Attack!: I’m trying to be honest and I want you to know that 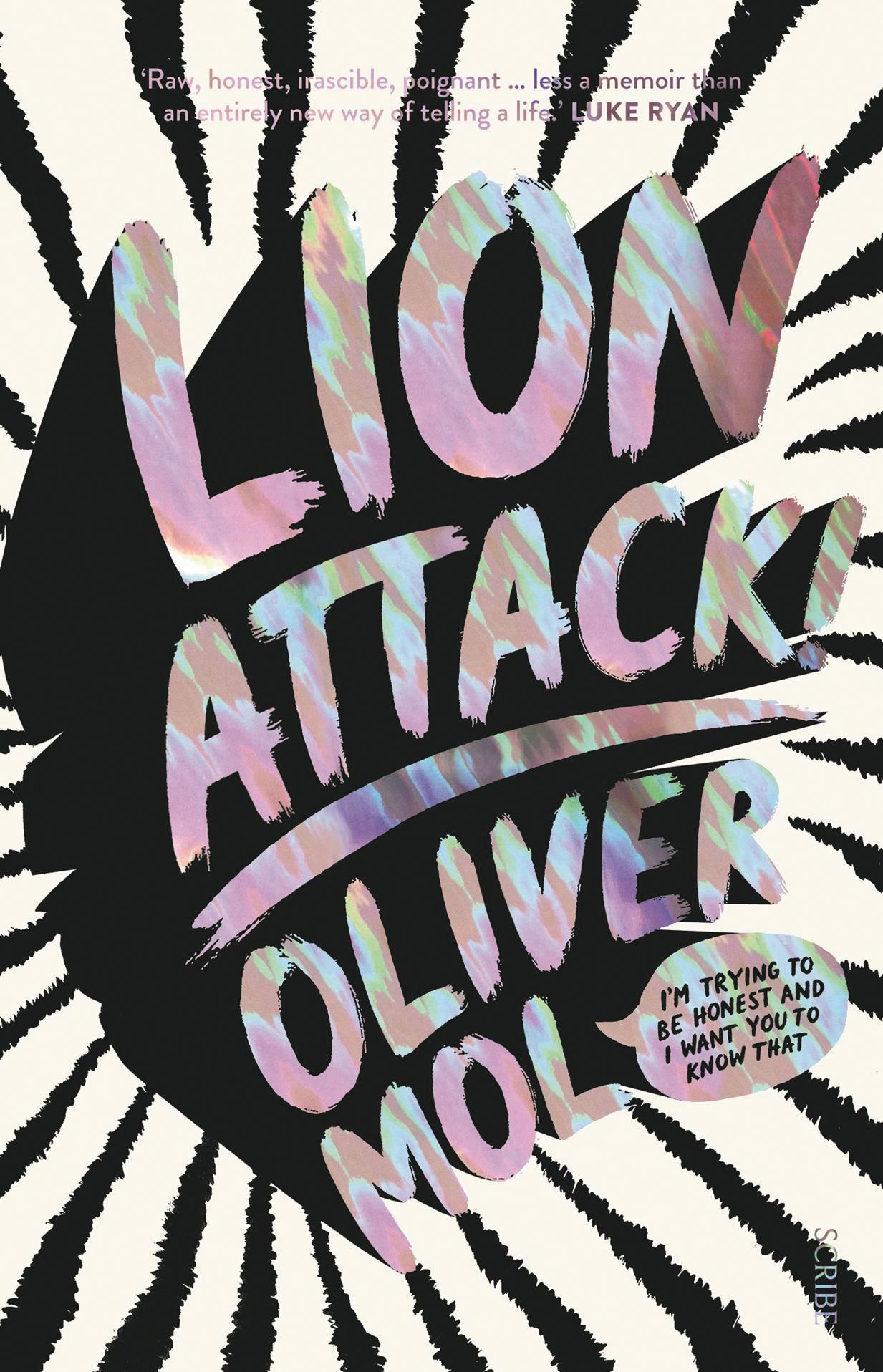 Lion Attack!: I’m trying to be honest and I want you to know that

From the inaugural co-winner of the Scribe Nonfiction Prize for Young Writers comes a funny, energetic and original coming-of-age story that isn’t quite like any other book you’ll read this year.
Oliver is a writer who’s just moved to Melbourne. He doesn’t have any friends yet; he can’t get his surly flatmate, Mark, to crack a smile; and the only ones who will talk to him are the odd assortment of characters at the Keep Cup warehouse, where he plugs lids into cups in an endless cycle.
Oliver’s hours consist of a series of daydreams. He has sweet, touching fantasies of owning a dog and driving down the freeway with the girl of his dreams. He has ridiculous, outlandish fantasies of bursting through roof at bedroom department-store chain Snooze. At nights, he begins to write a series of seemingly aimless online memories about growing up in pre-9/11 America.
Oliver is lonely. Oliver is sad. Oliver is self-involved. Oliver is sleepwalking through life. Then he meets Lisa, and things begin to change.
In the tradition of US writers Sam Pink and Scott McClanahan comes a startlingly original, ambitious work about a young man trying to navigate contemporary Australia and his own life. Part romance, part tragi-comedy, and part social critique, Lion Attack! is a hilarious coming-of-age story both poignant and surprisingly moving.

Oliver Mol deals in honesty and optimism. His memoir, Lion Attack!, the inaugural co-winner of the Scribe Nonfiction Prize for Young Writers, carries the subtitle ‘I’m trying to be honest and I want you to know that’. While aspects of this memoir are fictionalised, Lion Attack! is a deeply personal work. Fragments of ‘sudden memoir’, predominately reflections on growing up in a pre-9/11 America, are interspersed within a longer narrative – Mol as a twenty-something writer, who’s just moved to Melbourne. He’s stumbling through life, plugging away in the Keep Cup warehouse to get by and pining for a girl he chats to online. He’s hopeful, he’s overthinking everything and he wears his rapidly-beating heart firmly on his sleeve.

Mol might be Australia’s answer to contemporary Alt Lit – he cites Steve Roggenbuck and Scott McClanahan as stylistic influences and the striking cover design for Lion Attack! strongly evokes Tao Lin’s most marketable work of fiction yet, Taipei. In Lion Attack! Mol utilises his distinctly naïve narrative voice to examine what coming-of-age in Australia means today. A lot of this memoir is focused internally – reading this book is like meeting Oliver Mol in person. He bares all (literally – Mol is naked in his author photo) and his voice is earnest, exuberant, and alive with a beat that will get stuck in your head. Like with any friend who has a habit of oversharing, Mol risks coming across as not just self-aware but self-absorbed. But when Mol applies this honesty to various relationships, particularly with his family members, it’s hard not to be genuinely moved, and impossible not to relate.

With Lion Attack! Mol offers a funny, affecting and accessible reflection on his youth and the nature of memory. This memoir is embellished, but Mol is interested in emotional truth, rather than the distinction between fiction and nonfiction. Lion Attack! is Mol speaking frankly about who he is – he’s kind, he tries hard and he’s written a book unlike anything you’ve ever read before.