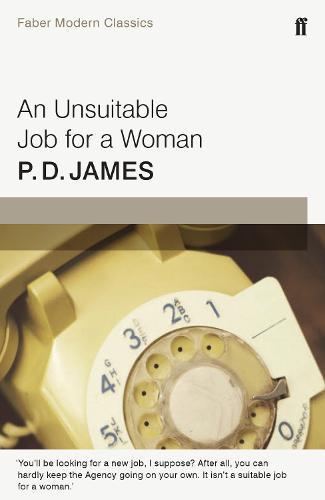 Meet Cordelia Gray: twenty-two, tough, intelligent and now sole inheritor of the Pryde Detective Agency. Her first assignment finds her hired by Sir Ronald Callender to investigate the death of his son Mark, a young Cambridge student found hanged in mysterious circumstances. Cordelia is required to delve into the hidden secrets of the Callender family and soon realizes it is not a case of suicide, and that the truth is entirely more sinister.
PD James is the bestselling author of Death Comes To Pemberley, Children of Men and The Murder Room. Her first Cordelia Gray novel An Unsuitable Job For a Woman is a brilliant work of crime fiction packed with secrets and suspense. This novel has been adapted for television twice, the second adaptation in 1997 starred Helen Baxendale as Cordelia Gray.
$19.99Add to basket ›