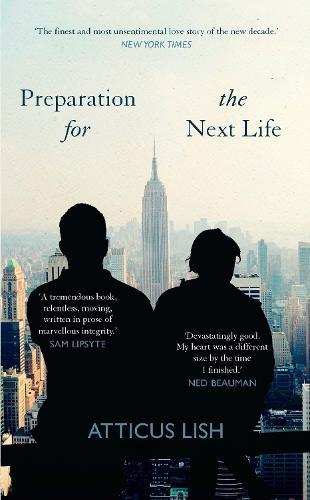 Winner of the 2015 PEN/Faulkner Prize
Winner of the 2015 Paris Review Plimpton Prize for Fiction
In post-9/11 New York, Zou Lei is an illegal immigrant from northwest China. A Muslim with a Uighur mother and a Han soldier for a father, she’s a pariah even within the Chinese community. Forced to work fourteen-hour days and live in squalor, she nevertheless embraces the many freedoms her adopted homeland has to offer.
Damaged by three tours in Iraq, veteran Brad Skinner comes to New York with the sole intention of partying as hard as he can in order to forget what he’s seen. Impulsive and angry, Skinner’s re-entry into civilian life seems doomed. But when he meets Zou Lei they discover that new beginnings may be possible for both of them, that is if they can survive homelessness, lockup and Skinner’s post-traumatic stress disorder.
Set in the underbelly of New York, Preparation for the Next Life exposes an America as seen from the fringes of society in devastating detail and destroys the myth of the American Dream through two of the most remarkable characters in contemporary fiction.  Powerful, realistic and raw, this is one of the most ambitious - and necessary - chronicles of our time.
$29.99Add to basket ›

END_OF_DOCUMENT_TOKEN_TO_BE_REPLACED

This Changes Everything: Capitalism vs. the Climate

Holding the Man film tie in

Voyage Of The Sable Venus