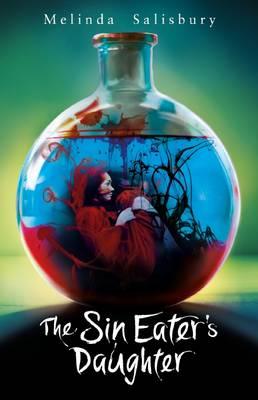 Seventeen-year-old Twylla lives in the castle. But although she’s engaged to the prince, Twylla isn’t exactly a member of the court. She’s the executioner. As the Goddess embodied, Twylla instantly kills anyone she touches. Each week she’s taken to the prison and forced to lay her hands on those accused of treason. No one will ever love a girl with murder in her veins. Even the prince - whose royal blood supposedly makes him immune to Twylla’s fatal touch - avoids her company.
But then a new guard arrives - a boy whose easy smile belies his deadly swordsmanship. And unlike the others, he’s able to look past Twylla’s executioner robes and see the girl, not the Goddess. Yet Twylla’s been promised to the prince and knows what happens to people who cross the queen. However, a treasonous secret is the least of Twylla’s problems. The queen has a plan to destroy her enemies, a plan that requires a stomach-churning, unthinkable sacrifice.
Will Twylla do what it takes to protect her kingdom? Or will she abandon her duty in favor of a doomed love?

Debut author Melinda Salisbury has built an authentic fantasy world in this first book in a trilogy. In the land of Lormere, Twylla is considered incredibly dangerous. A touch from her can kill a person because her body is covered in poison. The Queen uses Twylla to execute her victims, but she also has a greater purpose for her. Twylla has been chosen to marry the prince, since he has no sister to marry. In Lormere, they think nothing of using incest to keep bloodlines pure. But when Twylla falls in love with one of her guards, who is from neighbouring land Tregallia, she learns not only a great deal about his more enlightened world, but also about the flaws in her own beliefs.

With plenty of romance, an interesting concept and numerous plot twists, this is an engaging read.

The YA Book Prize shortlist 2016

The Curious Tale of the Lady Caraboo

Am I Normal Yet?