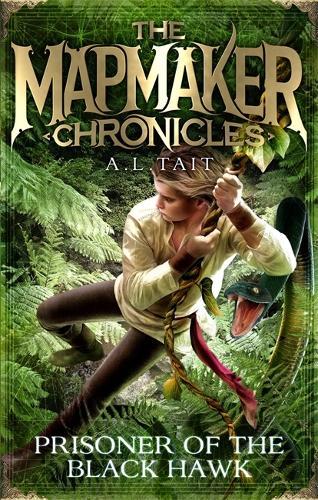 As the race to map the world continues, so does farmboy turned reluctant adventurer Quinn’s voyage into the unknown. When the Libertas docks in the exotic jungle port of Barbarin, they are shocked to discover another Verdanian living there - a notorious thief who has been on the run for decades. He and his family may be enemies of the King, but they can also help Quinn and his friends survive this dangerous land.
After being betrayed by a fellow scribe, Quinn is captured by ruthless Gelynion explorer Juan Forden, who will stop at nothing to beat the Verdanians. On board Forden’s ship, the Black Hawk, Quinn struggles to outwit his captors, makes new enemies and unexpected allies, and encounters bloodthirsty pirates. Is this the end of the race for Quinn - or just the beginning of another incredible adventure?
The Mapmaker Chronicles continue in this rollicking story, filled with strange lands, dangerous creatures, secrets, pirates and fierce battles.
$14.99Add to basket ›

The Meaning of Maggie

Breath of the Dragon: The Mapmaker Chronicles Book 3 - the bestselling series for fans of Emily Rodda and Rick Riordan

The prize for winning the race around the world is almost within reach. But sometimes the biggest danger can lie close to home.