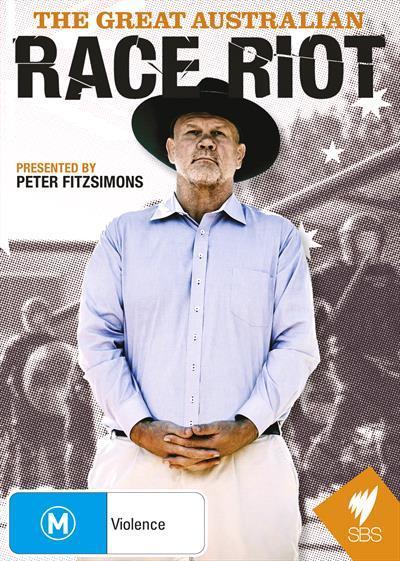 The Australian Race Riot is a distinctive and enduring part of the way our country works. Major Race Riots happen here only slightly less often than we compete in the Olympics, yet they are accommodated by none of our national myths. Race Riots, while always big news at the time, inhabit only the margins of history. This series, presented by Peter FitzSimons, not only reclaims the dramatic stories, heroes and villains of tribe-on-tribe street fighting but also reframes our Race Riots as a vicious but vital part of our polity and progress. While the bashing, bleeding and bigotry of Race Riots is never great, Australians' reaction to this kind of racial disharmony both in and after the moment has regularly transformed the country. Race Riots have sometimes brought out the best as well as the worst in us. They are a consistently revealing window into who we are.

In making the case for the significance of Race Riots it’s important to distinguish them from other forms of violence and racism. Race Riots are different both from regular class clashes (the Rum Rebellion to the Bastard Boys) and the frontier wars between Indigenous and non-Indigenous Australians. In particular, Aboriginal Race Riots are a late 20th century phenomenon. Before that black Australia fought white on a long-term basis, understanding that defeat meant death for many, dispossession for all. Indeed the recent Aboriginal Race Riots may well mark a nasty and partial kind of normalising of the country’s relationship with its indigenous peoples.
The Great Australian Race Riot charts the battles and their meanings from 1846 to 2013, Irish to Muslims. Until now the riots have been named for the side of the fight less numerous and connected to power. But this series, while delving into who fought and how the battle raged, the morality of the events, also tells the story of the powerful: the soldiers, the cops, their political and economic masters.
$24.95Add to basket ›