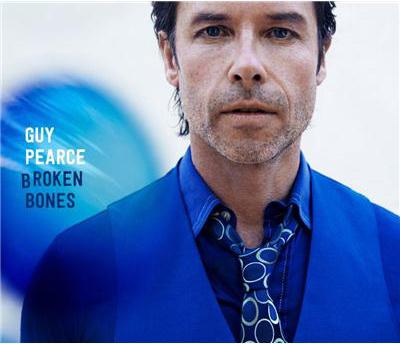 The ever-talented Guy Pearce welcomes to the world his debut album, Broken Bones!
If you’re surprised about Guy Pearce’s musical talent, well, who can blame you. In an international movie career spanning more than 25 years, Pearce’s identity as an actor of some calibre is firmly established. But look at the fine print of his CV. Among all those interesting choices - Priscilla: Queen of the Desert. L.A. Confidential, Memento, The Hurt Locker, The King’s Speech and Mildred Pearce to name a few - you’ll see a musical thread running through. Since appearing in THAT soap opera, which, in its ‘80s zenith spawned a high-profile spate of slashies (actor/singers), Pearce attempted to supress his own musicality.
“Every time I mentioned making music I would receive a lot of eye rolling about the number of actors out there releasing songs. And so I had a real reluctance to confront the world with what I did privately.”
But he need not supress it any more!
Track listing:
$24.95Add to basket ›